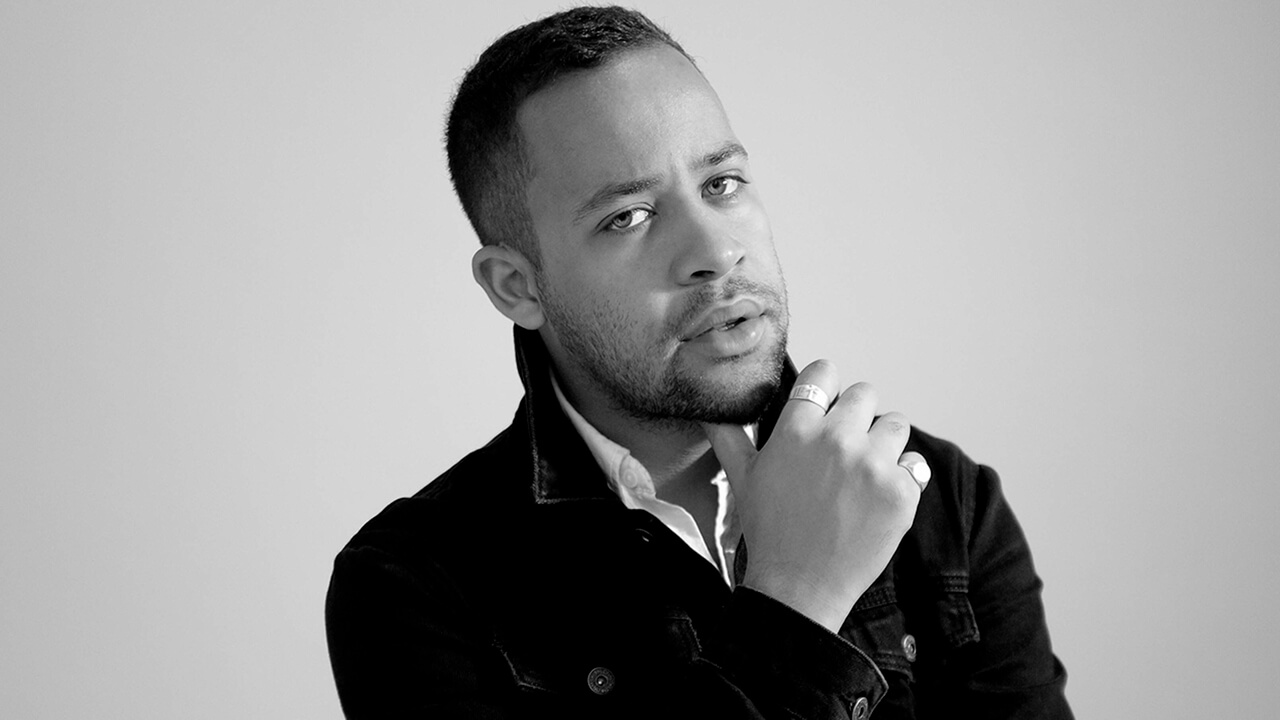 Alex Browning is a director and writer. Alongside directing commercials, Alex made a number of drama shorts and sensory moving image pieces including After Dark Inferno for Channel 4 which screened internationally at festivals. Alex is currently in development on Daylight Rules, his debut feature film with producer Joy Gharoro-Akpojotor. The mother-daughter story is set in the wilds of an English forest and features elements of African diaspora folklore. Since story developing the project on the BFI Writers Lab, Alex has been mentored by BFI senior executive, Lizzie Francke.

Alex is developing several TV dramas including Nation-State an original political thriller. He wrote the pilot at NFTS via a scholarship from All3Media. He has since won a commissioning mentorship from Channel 4 to work with Head Of Drama, Caroline Hollick, who is championing him as a rising regional talent.

I’m from Bedford, one of the most multi-cultural towns in the UK. If you go to the outer fringes of Bedford, you get into rural Bedfordshire, which is rolling fields and forests. Growing up between those two landscapes, really influenced my lens of how I create.

I read BA Politics, Philosophy and Economics at university. My reasoning, at the time, was to get a rigorous and worldly education. I looked at undergrad film courses, but they weren’t for me and there were more theoretical film studies courses that I didn’t feel were for me either.

Whilst I was at university in Manchester I was exposed to many points of view, political stances and opinions from peers on my course. And by the end of my second year of university most of my circle were Mancunians and locals from the arts / film / music / theatre scene. Whilst I was in Manchester the different circles all cross-over and in comparison to London, it wasn’t as pocketed and divided, in terms of the different creative scenes.

I spent time in the contemporary theatre scene in Manchester and that led to me meeting various moving image artists and directors who dipped in and out of theatre and screen. I ended up being a runner and a production assistant for a music video director based there and made a name for myself as someone who could make stuff happen on productions, this of course was showing my producing skills more than anything. A director I was helping out had a music video for a local band he was due to pitch on and said I should do it instead. I pitched for it, won the brief and it became my first ‘film’. It ended up getting selected to play on a BBC BigScreen in the city centre of Manchester every day for a year. This was part of a series championing local screen talent, it was quite surreal.

By the time I graduated I had made a number of music videos and fashion films of my own and made my first short in the summer after I graduated. I managed to convince a budding DoP friend of mine to shoot it (he had shot my music videos to date) and he had a mate, a gaffer, who had built his own jib/crane and I managed to have that on my first short. It was an ambitious film and showed huge scale, but the script and story needed work. And so, I was addicted to making more short films.

I made plans to shoot three short films the next year all self-funded. I needed to get a job though to pay the bills and to be in London. Initially was commuting from my home town in Bedford to London. I got a job at Saatchi & Saatchi (advertising agency) as a production assistant and I learned loads about commercials as well as the creative execution. I listened closely to all the directors.

After a few years in commercials production, at various advertising agencies, whilst making short films on the side, I ‘broke out’ and said to the then agencies I’d been working at (and had contacts at), that I was now a director. It was a ‘right place right time’ kind of thing. I took advantage of the explosion of branded content and in-house production companies who needed agile directors to make content but who understood production and how agencies ran. So, I was this director running around London (or biking actually) to different shoots, and had projects in various stages of development and post. I did bits of production too and had a fairly regular team. I got a lot of work, and put the monies made from these back into my films. After a year or so of doing that I realised I didn’t want to eventually have my own production company so focused on being an independent director of commercials.

I realised that I was potentially on the way to becoming a director of commercials only. And there’s nothing wrong with that for some people. I was just keen to become a wholly more rounded creator in scripted TV and feature films, and whatever else I wanted to do for that matter. But, being honest, I realised not being available to develop myself within the scripted world, meant I couldn’t say that I was truly committed to pursuing that particular path.

So, I took a very definite step away from the commercials directing, as it was taking me all around Europe, on great worthwhile projects mind, but I didn’t have time for much else. I was setting up meetings with drama producers and film financiers and then I found on occasion I would have to cancel last minute as I would have a shoot in a far-flung location and have to drop everything and go and do that. In commercials, you’re only as good as your last commercial and work isn’t long bookings like in drama, you could be on a shoot for a week tops and the turn around is very quick in post-production. I felt like I was constantly chasing commercial work. So, I changed my tact and ended up working in-house at creative agencies in London, freelancing across creative direction and production (utilising my skills in moving image in a more rounded way). I did this so I could stay close to the film and TV business within London, and it gave me a clear boundary between my day-to-day work, whilst I developed various original dramas and feature films, making steps toward directing TV drama.

I planned for directing TV drama to be the main thing and develop my own original projects alongside. I found that I had great contacts accumulated in television over the years, even whilst I was directing commercials, as I was making shorts and sending them out to contacts I had made. Plus they were getting recognition at big festivals. I had also dipped in and out of the TV drama world via various schemes such as shadowing on high-end dramas. On these schemes I would spend either a few days or a week learning the ropes from more established directors. To be honest a lot of the learning was down to me, in that I had to make myself seen by the producer and director, as they were just so busy and sometimes I would get forgotten about. or I would feel that I was in the way. There were a few directors who were very generous with their time and explaining how everything runs. They weren’t teaching me how to direct, it was more how to navigate the various departments and demands from the production company and broadcasters. Even though what I learnt was invaluable, there needed to be a point where I stopped doing this, and, to put it bluntly, get paid to be directing drama. I needed to get ‘on the ladder’ so to speak.

The great thing about directing commercials is that you get to hone the craft of directing on slick productions and they’re really intense, with large crews, toys (equipment) and great performers, talent and actors. You can also put your hand to various genres.

I was planning to make a large short film as a ‘break out’ short, as I felt I’d made a number of fairly good shorts, but they weren’t smashing the festivals scene. Fate would have it that I didn’t make this so called ‘break out’ short film and instead made a poetic moving image piece After Dark Inferno – later picked up by Channel 4 – and this got me a lot of buzz, and on panels talking about craft and the influence of the stories from African Diaspora. It really wasn’t planned, the entire vision for the film came as a literal expression from a dream I had.

Since this film, I’ve directed on a continuing drama last year. This year I now have an agent and a manager. I’ve been in talks to direct on high-end dramas and looking to secure my first development deal on one of my original drama projects. Despite the coronavirus lockdown, I’m still positive and have made opportunities for myself. I think this whole industry and journey is an endurance test, you just have to keep on keeping on.