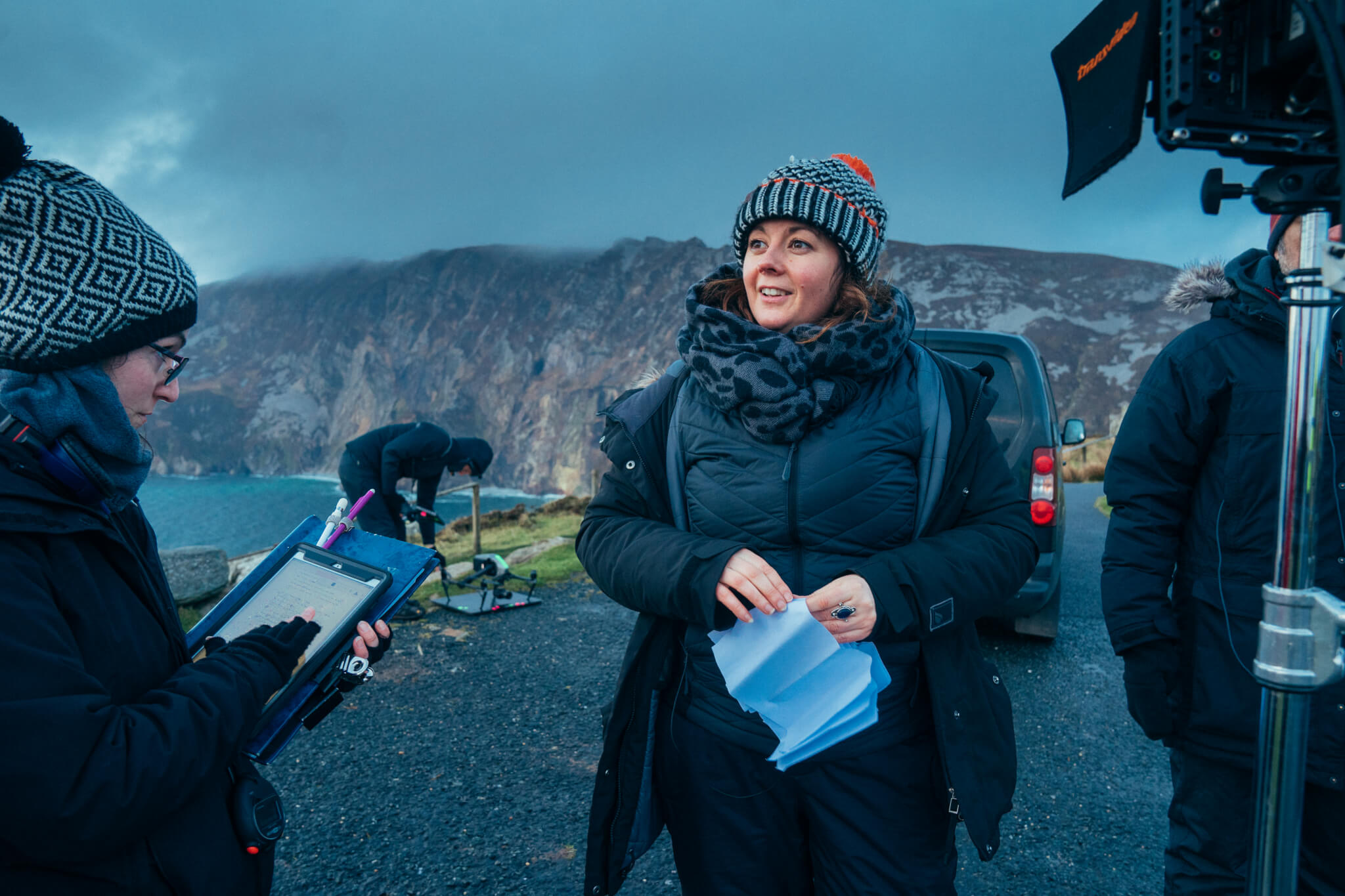 In 2014, Cathy directed an episode of Jack Thorne’s BAFTA-nominated drama-thriller series Glue. Most recently she was sole director of Stefanie Preissner’s series Can’t Cope, Won’t Cope for RTE/BBC3/Netflix: a darkly comic Dublin-set drama about two friends coming to terms with adulthood. In 2017 Cathy was one of fifteen female directors selected for BAFTA Elevate, a bespoke programme that elevates talent from under-represented groups to the next stage of their career.

Cathy’s debut feature Wildfire, which she wrote and directed, is in post-production. Starring Nora-Jane Noone and Nika McGuigan Wildfire tells the story of two sisters who grew up on the fractious Irish border. When one of them, who has been missing, finally returns home, the intense bond with her sister is reignited. Together they unearth their mother’s past, but uncovered secrets and resentments threaten to overwhelm them. The film was produced by Carlo Cresto-Dina and Cowboy Films, with support from Screen Ireland, Northern Ireland Screen, BFI and Film4. Cathy was recently selected as one of The Irish Times’s ‘50 People to Watch in 2019’.

My desire to be a filmmaker came quite late to me. I was studying a degree in Visuals Arts in Dublin that also happened to be the same university that was home to the National Film School in Ireland. It was here I started to hang out with film students, started watching World cinema and realised I was doing the wrong degree. I took a gap year out of university and began working in the Film Industry to get a sense of how it worked and where I wanted to specialise. After this period, I transferred the remainder of my art degree into the film school and set my heart on directing.

My art degree gave me a solid foundation in visual language and conceptual thinking but it was really my film degree that gave me the skills to work with actors, crew, budget and to understand the power of the edit, sound design and score. Writing and directing my grad short Small Change was a game changer. This film opened up a whole new world when it screened at major festivals. Applying with this film I also got selected for Channel 4’s Coming Up Scheme and to study an MA in Directing Fiction at the National Film and Television School (NFTS).

While studying at the NFTS I decided to use the time to explore the balance of improvisation and script. With each short film I came at it slightly differently. This period helped me hone not only my process but also gave me confidence in my own voice as a writer/director.

The first year of finishing film school was tough. Even though I had an agent and a handful of successful shorts, it was nearly a year before I was working as a director in TV. During this in-between period I started teaching part time on a screen acting course in Ireland. This was a great way to earn money and also flex my directing skills. The remainder of my time was spent developing and workshopping ideas and going to general meetings with production companies before I finally landed a job.

Making short films really was the key to finding my voice and confidence as a writer/director. Working in TV was a rapid learning curve in up-skilling working with bigger budgets and crews, established actors but also longer and tighter schedules.

My first TV directing break was on Jack Thorne’s Glue for E4. Shortly after leaving school I had a general meeting with the production company and knew they had Glue on their development slate. I asked at the time if Glue went into production would they give me the opportunity to pitch to be a director. True to their word, nearly a year later I had an interview for a middle block directing gig on the series. I gave that interview everything. Knew the scripts inside out, had a dozen mood boards, even have had a playlist for score references. I made it clear how much I wanted that job and how I felt I could do the series justice.

My first feature break came much slower. It took five years of development before Wildfire was funded and made. All I can say is whatever story you want to tell for your debut make sure you are 100% passionate about it because it may take longer than you think – but it is possible, and with a lot of determination, belief and a bit of luck you’ll get there.