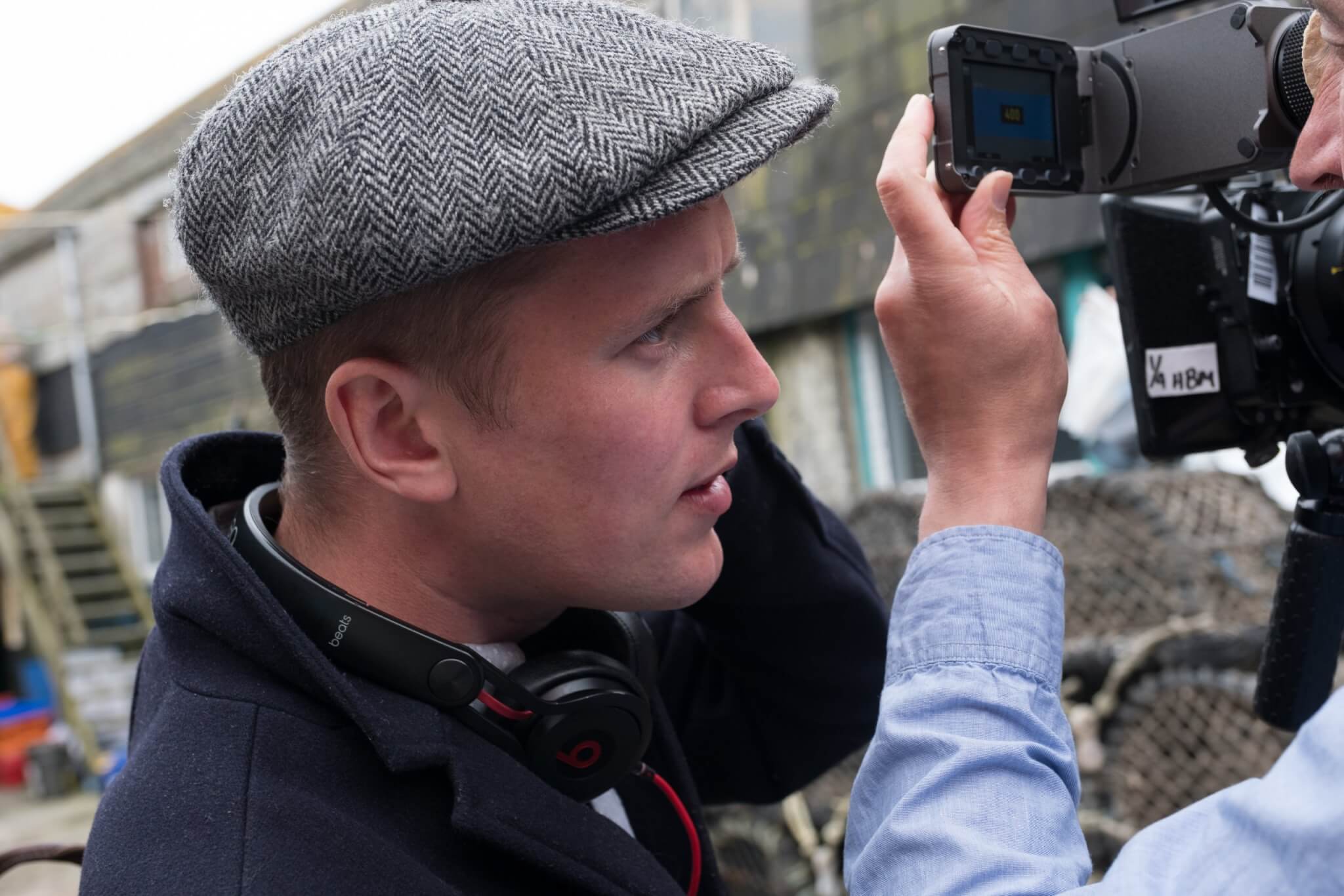 Chris’ second feature film Fisherman’s Friends opened up at number two in the UK Box Office after Captain Marvel. The film has now grossed over £7 million in the UK and has been released worldwide.

I didn’t consider working in film until quite late in life. Growing up in the North East with no connections to the industry, I never really considered it an option as a career! But, I had always loved film and TV and how it brought us together as a family. As a child, one of my fondest memories was when we all sat down and watched Arthur starring Dudley Moore. I loved how the whole family would laugh together, and I really enjoyed that collective experience.

It was this that inspired me to study Media Production at university. I was incredibly fortunate that when I graduated I gained work as a floor runner within the industry. It was being on film and TV sets that made me first believe I could hopefully direct myself one day.

During the years spent working as a floor runner and an assistant director, I did my best to make a few short films. Using the contacts that I had built within the industry, I relied on favours from the people I admired most.

I was never afraid to ask and that always helped in the beginning. I had worked on a few projects with Dame Judi Dench and she kindly agreed to be in my first ever short film. I was incredibly nervous because I hadn’t made anything before but thankfully I had a wonderful crew around me that supported me and made the experience a joyful one. This obviously opened up many doors for me, which ultimately led to my next short film starring James Corden and Alexandra Roach.

Alongside making these short films, I was so lucky that I had constant work as an AD and worked on some incredible films. It was here that I learnt everything I know today and for that I am so grateful.

I then decided that I needed to take a leap of faith and attempt to make directing my full-time profession. There has definitely been lots of ups and downs but I am really pleased I took the risk.

I have felt supported by many people in the industry. I have had the opportunity to experience many amazing things and have worked with creative people at the top of their game. I have been lucky.

That being so, I think in the past I have made a couple of wrong moves that have held me back. This is nobodies fault but my own and I wouldn’t change a thing, because ultimately I’ve learned from every mistake. I am more honest with myself now. Instead of just doing something for the sake of directing, I am now trying to be careful with the projects I choose.

I also believe the stories that I enjoy telling often don’t always get the backing they deserve. In my mind feel-good films are as valid as any other genre.

There are probably a million better filmmakers than me, so I am just trying to stay in my own lane and do projects that I can give my everything to and stand by whole-heartedly.

I very much feel like I am in the infancy of my career and I still learn so much from every new piece of work. I am a collaborator and I like to use the experience of my fellow crew members and peers to help me create the best end result. I think it’s this teamwork and open dialogue that helps me hone and develop my craft.

Having spent just under 10 years on film and TV sets as a runner and AD before making the leap to directing, I got the chance to learn and watch everyone at work from ground level up. Without that knowledge I would be clueless today.

My break came when I was just about to finish university. As I mentioned above, I had no connections in the industry and I had resigned myself to the fact that once I finished the course at Northumbria University, it would be extremely difficult to gain work.

It was by complete chance that I got my break! During my studies I had taken a job in a sandwich shop and a week out from graduating, I finished a shift on a Friday evening and had planned to return on Monday morning for the early shift. But as we packed down, the owner informed me that this was, in fact, my last shift and that on Monday morning I started a job as a floor runner on an ITV drama called Place of Execution. He had organised it with a friend of his who happened to be the 2nd AD.

I couldn’t believe my luck. I was so happy and that was the beginning for me.

From there, I met assistant directors that took me from job to job and by the end of the summer I was living in London.

I still can’t believe I live in London because I was the 16-year-old kid at school who cried every night of his German exchange trip because I was homesick.