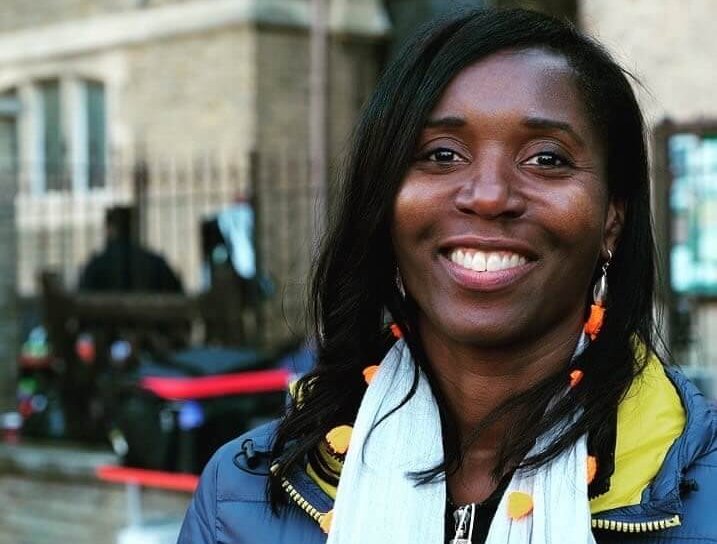 Christiana is an award-winning, NFTS trained drama director and was selected for the BAFTA Elevate 2017 initiative to further female directors onto high-end television and features. Her aim is to tell challenging stories, achieve nuanced performances and share her vision. She is a member of BAFTA, Directors UK, WFTV and Cinesisters. She has served as a juror on several BAFTA juries.

Over the last nineteen years she has directed Grantchester, The Mallorca Files, Soon Gone: A Windrush Chronicles, Call the Midwife, Father Brown, Holby City, Doctors, EastEnders, Hollyoaks and Emmerdale. Having built up such a strong body of experience, she is now focussed on high-end drama, as well as feature films.

She has also directed a number of short films, including a Creative England supported short, Some Sweet Oblivious Antidote starring Sir Lenny Henry, Wunmi Mosaku, Colin Salmon, and Fatima Koroma. Some Sweet Oblivious Antidote was Long-listed for the 2018 BAFTA Awards. It won Best in the Festival at Triforce 2018 and Earl’s Court Film Festival. She also directed Bleeder and Film London Calling Plus short, Support.

I was brought up in South East London, went to a local comprehensive school and directing was not covered in our careers lessons. I didn’t know that this was something that people could do for a living. Doing something that I loved was important to me, even if I didn’t know what that was. Different ideas surfaced, but when searching for a subject to study at university, I came across media production and a light went off in my head. I had always been passionate about writing stories, watching them on television, theatre arts and later photography.

The degree courses that I stumbled on contained all of my passions. It was an exciting prospect to spend three years studying something that I was passionate about. Whilst studying, it became very clear that directing was the role that most interested me and allowed me to express myself. The question then was how could I make this a reality.

Studying for a degree in Communication and Media Production at Bournemouth Uni was my first big step to achieving my goal. A lecturer at college had shaken his head when I told him about my subject choice. He asked if I knew anyone in the media. When I told him that I didn’t, he shook his head, as though I was mad. It was definitely a big dream to dream for someone from my background, but I believed that I could be anything I wanted, if I worked hard. (Lucky that I didn’t want to be an astronaut, because I would probably have made that happen). Once I set my mind to having a career in the media, I knuckled down and kept going, despite the knockbacks.

There were many, many rejections along the way, but I kept looking for other ways through and returned to the gatekeepers for more ‘no’s’. One  of the reasons that I have a career as a director is because I didn’t give up,  when it seemed impossible.

I had no clue about how the Industry worked and stumbled around after film school, without a network. It took me a while to get my first few jobs and years to understand that it’s not just about the standard of work that you do, but also that you have to market yourself. I also encountered many obstacles due to my race and gender. As a black female director, I didn’t look like the trusted white male directors and so, I was seen as a risk and opportunities were extremely scarce. Although I hadn’t failed on any project, producers often regarded me as inexperienced and unlikely to be able to hack it. Amazing to be judged so harshly, without even being given a chance. I was always regarded as new and inexperienced. Exposure of these practices in recent years has led to greater awareness and things are beginning to change a bit. Where I had previously been suffocating and banging my head on glass ceilings, finally I have more space to show what I am capable of.

I wrote and directed a short film, which screened at lots of film festivals. I used it to support my application for a place at the National Film and Television School (NFTS), where I studied fiction direction. During those three years, I was was able to focus on what the role of director was and the craft of filmmaking. It was amazing and empowering to be selected for the NFTS. Without it, I would not have had the grounding to even begin a career as a director.

As I have gained experience, I have become clearer about the type of stories that I’m passionate about telling. Female centred, diverse stories are most interesting to me and lots of untold stories that fit that category. It’s nice to try to tell stories that haven’t been told over and over.

Mmmm, first break? Sometimes it’s hard to tell what that actually is. It could have been deciding my dream career, or having a chance to write and direct a short film whilst on a short course. Lots of people wanted to do one or other of these jobs, but they were too shy to say anything. My arm shot up for both of these roles. We made the film and it played at film festivals all over the world. I think that it’s still better travelled that I am. Another break happened whilst I was still at film school. I applied for a chance to direct one of The Lloyd’s Bank Channel 4 short films. I was successful and directed a short film that was broadcast on television. It was the first time that something I had directed could be seen by a large audience. Suddenly the box in the living room showed something that I had made – amazing.