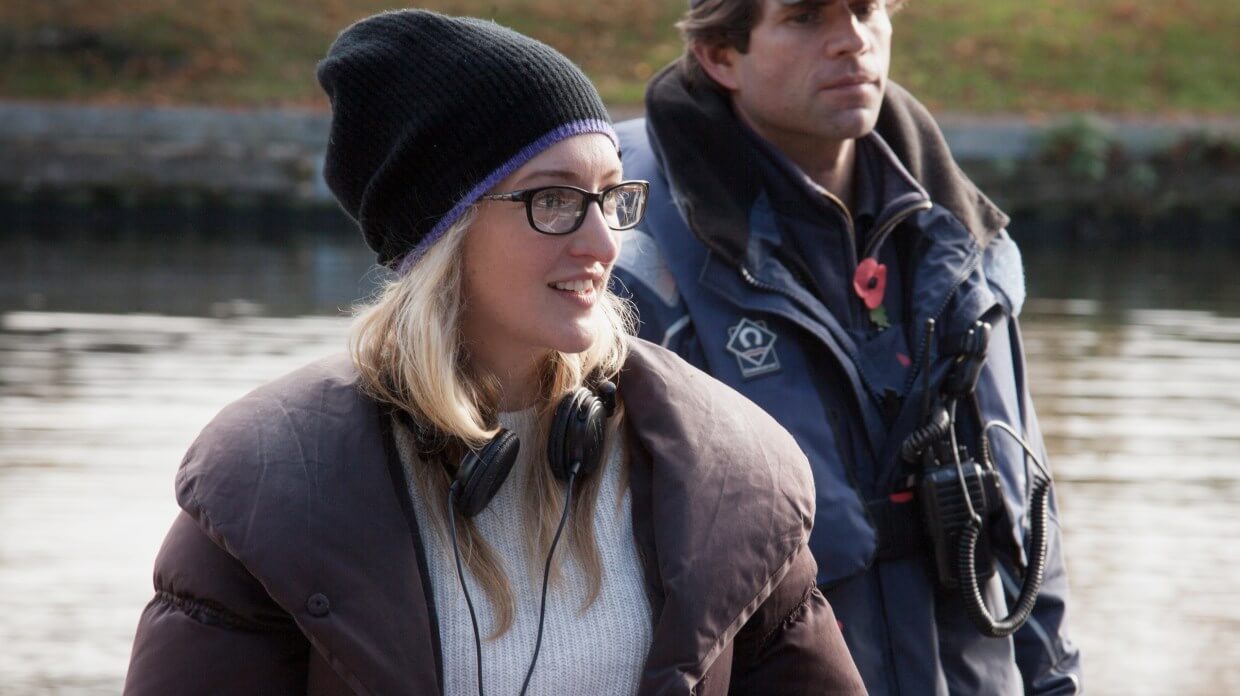 Daisy is a writer/director. She has written on the two popular sitcoms – My Family and Shelfstackers. As well as developing pilots with World Productions, Carnival, E4 and the BBC.

In 2016/17, she directed and wrote her debut feature film, You, Me and Him, starring Lucy Punch, Faye Marsay and David Tennant. You, Me and Him had it’s cinema release in 2018. It is now available on Amazon Prime, Sky and Virgin Movies.

In 2018 she was commissioned to write an adaptation of A Quiet Life by Natasha Walters for Armadillo Pictures. She currently has a TV pilot in development with Expectation Entertainment.

I first saw Hannah and Her Sisters when I was very little and I loved it so much that I just wanted to do what Woody Allen was doing – make films, write them, star in them, all of it. I was extremely lucky to win a place at LAMDA and acting became my focus, but it was still the writing that really excited me.

Once I graduated, I tried my hardest to pursue the writing in between the odd acting job (I’ve been in about 15 commercials). I forgot about directing, I was just trying to survive financially. For most of my 20s I was a “writer” and an “actor” but I was mainly a “fairy” working at children’s parties.

I was always writing and directing short films and web series in between writing jobs. I never really took the directing side seriously – I used myself as a director because I didn’t cost anything. It was literally a hobby. I had no intention of making a career out of it. Finally, I wrote a feature film that had a lot of interest. I was in a meeting at Lionsgate and they were talking through possible directors for the film. The Head of Acquisitions had seen one of my short films (it had been at the Berlin Film Festival) and he asked why I wasn’t putting myself forward for the job. It had never crossed my mind. But once it did, I was like, hell yeah!

I had a very lucky break in that I had written this feature script that had such interest, I had some influence on who directed it and I could really push myself for the top job. Since then there have been plenty of obstacles. I’ve headed up an 80-person crew, brought my film in on time and on budget, sold it to many territories and yet people are still sometimes unwilling to give me the directing job due to ‘lack of experience’.

I hate to wave the gender card but there are male directors who win a whole TV series to direct after one short film. It is a lot harder to gain that trust as a woman. I have also turned down scripts where they specifically ask for a female director because the material is so misogynistic that they think a pair of ovaries at the helm might dampen some of the sexist content. It’s tiring. Luckily, I have connected with a few producers who are willing to give me a chance and support my creative vision – so you find them in the end.

I honed my voice unknowingly, creating online content; web series and short films (most of which I have now removed from the internet!). I really struggled financially in my 20s, I would put entire short films on credit cards and then pay those credit cards off with other credit cards then eventually pay all of them off by working three jobs at one time and running myself into the ground. I wouldn’t advise this route, it wasn’t healthy.

All my extra cash went on making films; paying actors (always pay actors!), getting equipment etc. I wrote one short film on a tube journey when an idea struck me. I wrote and wrote and wrote. I read a lot too; writing books, directing books, I watched a lot of roundtable discussions on Hollywood Reporter, director interviews on YouTube. Filmmaking was my obsession when I first started out. I didn’t have much time for anything else. Again, not healthy – life is where you get your material!

I first wrote in a partnership with a friend (from LAMDA) who was an actor. He had managed to get one of the top acting agents in the business to represent him – so there was someone we were able to pass our first script to. That agent then passed it to the literary department and an agent there said, “If I can sell it, then I’ll take you on.” Well, he didn’t sell it, but the script generated enough interest that we were able to win our first job in a writer’s room on a hit BBC comedy.

My first big break into directing was literally because I had written the script and I had two producers who believed in me. Although I suppose they believed in me because they enjoyed my short films, which I had often made on a whim. I think getting out there and doing it is always the answer. Don’t think too much about it, shoot it on your smart phone, get your friends involved, follow your instinct and passion and if you can make money at the same time, all the better.