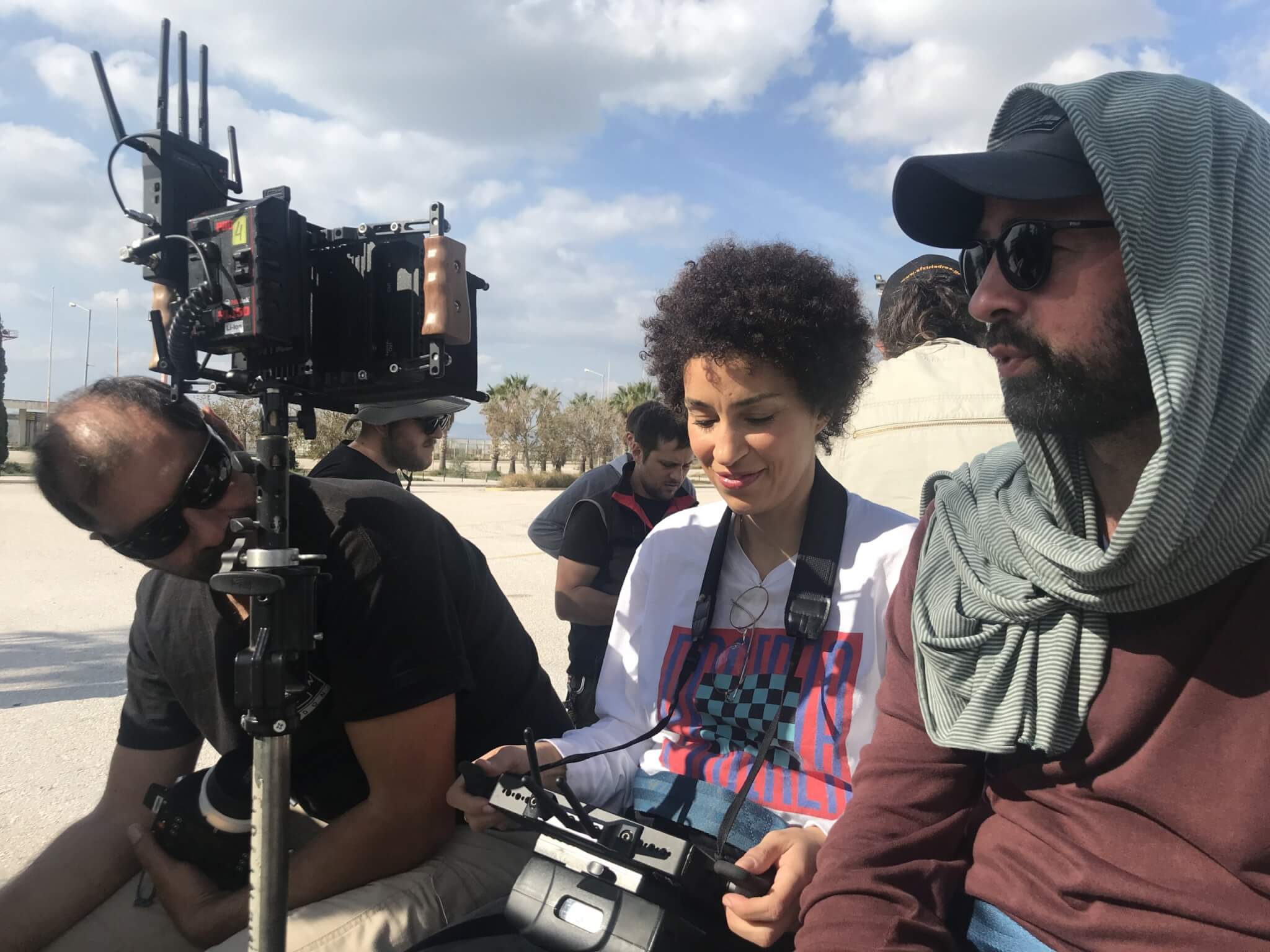 For Elisha, being on the move has helped to develop her understanding of culture and taught her how to read people. Being able to intuitively grasp new trends also contributed to her filmmaking process and bolsters her ability to make the ordinary cinematically extraordinary across branded and unbranded film work.

Having initially started out as a photographer, Elisha has gone on to build an award-winning portfolio, redefining her filmic style with every job she takes on. Her passion for art direction and cinematography is evident as each project is considered yet highly stylised. She has worked with a range of clients, such as AirBnB, Selfridges, Fila, Sony, Boohoo and Nowness.

With a German mother and an African-American father, it’s no surprise that identity features as a prominent theme in most of her creative work. It’s something Elisha is constantly exploring through her own mixed heritage.

Elisha is fearless when it comes to her films, tackling topics like diversity, gender stereotypes and surrealism with a maturity and softness that works on-screen. Her short doc Miss Black Germany is about the contestants of a black beauty pageant. The film follows them as they seek to find a place of acceptance in a world that idolises a predominantly white western ideal. This piece follows her Grand Prix-winning ASVOFF entry a few years earlier for I Want Muscle, a short about a glamorous female bodybuilder.

Aside from her film work, Elisha is also deeply committed to championing diversity both on and off screen, both as an artist and the ambassador for Free The Work in Germany.

I discovered my love for directing via several detours. My parents wanted me to get a ‘real’ job so I had a string of office jobs and ended up working in the music industry. In the end it was quite unsatisfying and I had an epiphany. I wanted to study photography so I picked up a camera for the first time in my life and put together an application. I got accepted.

Three years later I got my degree and started working freelance, shooting mainly music portraits for magazines like Dazed, 032.c, Bon and Another.

I was always intrigued by film. It was with a friend who was a film student that I first experimented with moving image.

Through my love of music and my connections to bands I then started making my first DIY music videos.

My first personal breakthrough came in 2009 with a fashion film, I found my voice and it was the first time I actually had a budget and a crew behind me. This and my previous work got me signed to my first production company.

From then on worked on music videos and fashion films slowly making my way into branded content and finally commercials. I still make sure I always have a creative non-commercial outlet by making films that are personally important to me and highlight causes that I believe in.

Because I jumped into the deep end I was learning on the job, every mistake was immediately public. I  also found that in the beginning working on lower-budget projects was a bit hit and miss. In terms of being able to get the crew that you want and relying on favours. Sometimes things just wouldn’t meet my own expectations.

What added an extra level of difficulty later on, when moving into advertising, was me being a Black woman in a very competitive male-dominated field. I chose to use these experiences and try to actively support other underrepresented creators through my work as an ambassador for Free The Work.

I think that my background in photography was an advantage as I knew about lighting and how to make people look good. This was something to build on.

I experimented a lot by deliberately choosing projects that alway presented a new challenge and that required me to expand my technical knowhow. Advertising requires you to permanently adapt to new styles and current aesthetic trends as well as compromising your own ideas to compile with client need. So I alway try to take some of the money I make from my commercial jobs to fund some of my artistic ideas.

Further, always gathering a great team around me enabled me to grow and learn a lot.

Through my photography a fashion designer had become aware of me and she asked me to do a film for her collection and she actually had a budget. Since I had only done DIY no-budget shoots before, I used the opportunity to approach a big production company with the job. They didn’t sign me, but the film was successful in fashion film festivals so this opened the door for me to find another smaller company who believed in me and gave me a shot. This was before people had worked out that fashion films tended to have no budgets!

Through the years I tried a variety of options for representation: agents, small companies, big companies. It was tempting to go for the big names but sometimes you end up being a small fish in a big pond.

Wherever you choose to go, the most important thing is finding people that support you and that share your vision.