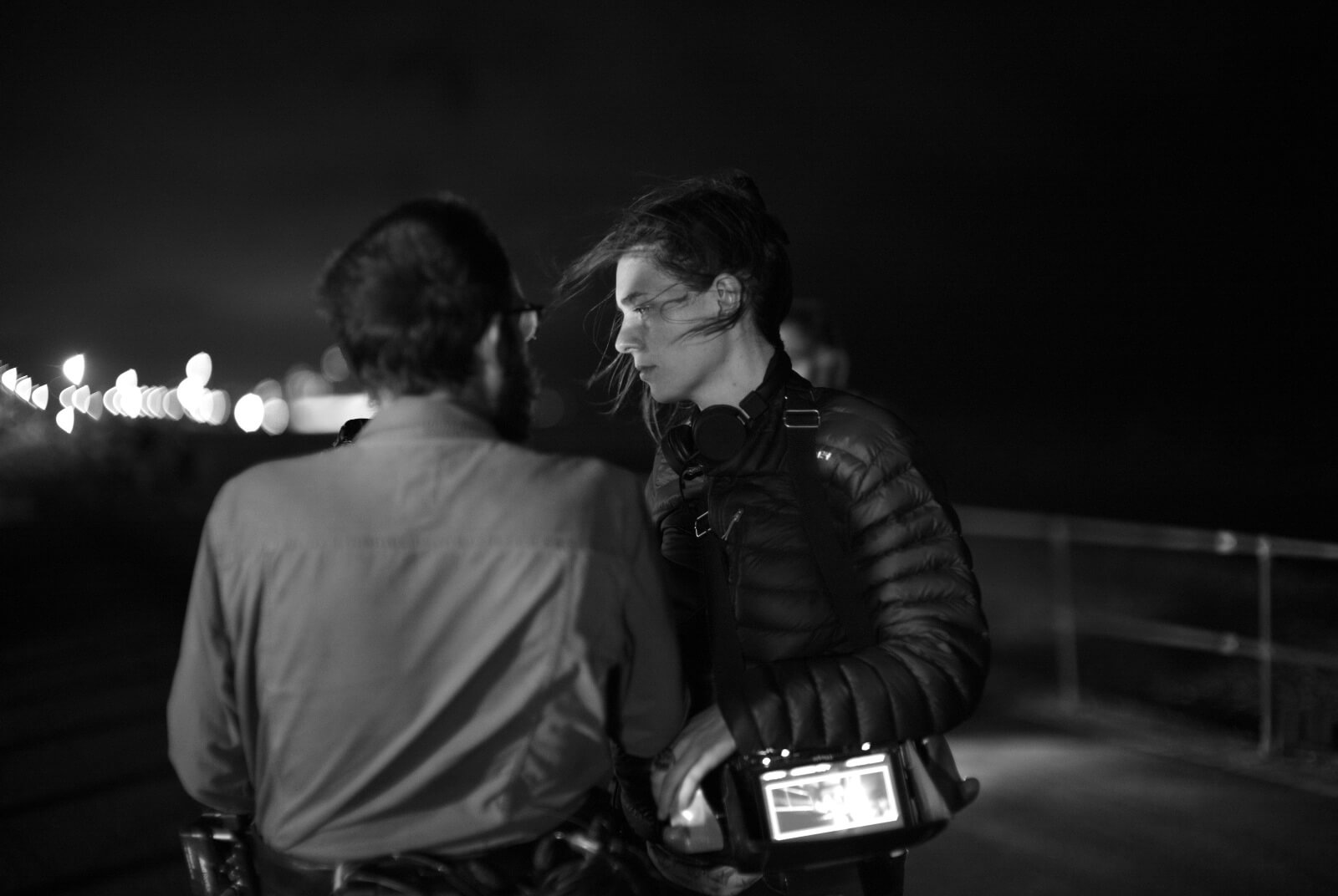 Eva Riley is a Scottish director and screenwriter based in Brighton. She graduated from the National Film and Television School in 2015, with her final year film Patriot premiering in competition at Cannes. In 2016, she was commissioned to write and direct Diagnosis by BBC Films and was named a Screen International ‘Star of Tomorrow’.

Her short films have screened at festivals including BFI London Film Festival, Edinburgh, Telluride and the BAFTA New Talent Awards. Eva’s first feature Perfect 10 premiered at BFI London Film Festival and is due for release in the UK and France in 2020. She is currently developing her second feature The Circle with BBC FIlms, as well as developing her first TV projects.

I’m from Edinburgh and I originally wanted to be a stills photographer. I did an undergraduate degree in photography and film and made friends with people at university who had made films before and were passionate about cinema. I wrote and directed a short film as part of my coursework and I was surprised by how much I loved directing. I enjoyed the whole process so much; I loved coming up with an idea and cultivating it, as well as working with actors, deciding on shots and shaping the story in the edit. The idea of directing as a career didn’t come into my head at this point because it felt like a far off and unattainable goal. But I knew I had really enjoyed the experience and got positive feedback from the short film. Then after university I applied to a couple of callouts for funding and within a couple of years had received money to write and direct two more short films. This was a big turning point as I was surprised people would take me seriously enough to give me money to make films. So I started to consider taking directing more seriously as a career.

I didn’t have any links to the industry so I never had a road map for how to go about this! But whenever I got the chance I would read about or ask other directors how they had got into their career. I found it especially useful to ask young directors, who weren’t too far away from where I was career wise, how they had got to that next step. I worked in different roles in film (art department, producing) to see what it was like being on other sets and to make contacts. But the most important step was definitely getting funding to make short films after university. I was lucky enough to be given the freedom to make the films how I wanted to. It gave me the chance to experiment with stories and have the chance to direct on more professional film sets. To get these funds I would constantly scour the internet for organisations offering money to make films and apply to as as many as I could. I found this much easier than going down the crowdfunding route.

I made two short films in a row that I really wasn’t happy with. I felt like my voice had been squashed during the process of making them because of not feeling confident enough in my ideas and feeling overwhelmed by the mechanics of filmmaking. It upset me that I had wasted all this time making these films that didn’t feel like me at all. But looking back I learned a huge amount from making them. When I next had the chance to make films, I became so much better at navigating all the stages of the filmmaking process to make sure I made the decisions that I needed to make. The most important thing I learned was that as a director I needed to realise that I knew the story better than anyone else and make decisions based on my own instincts, not because of other people’s suggestions. I learned how to dig my heels in, which has been the number one most important skill that I’ve learned as a director.

I also had plenty of times when I made films that I was happy with and didn’t get the recognition I would have liked from festivals or the industry. It wasn’t a setback as such but it was a disappointment at the time. But I have learned to be much more relaxed about all of this. The most important thing is to feel that you’ve given your all and that you are happy with what you’ve produced. Sometimes a film will do well, sometimes it won’t, but if you are privileged enough to get the chance to make work that you believe in, well that’s recognition enough.

I made lots of short films and tried to push myself to experiment with ways of directing actors and different narrative devices. Going to film school helped me because I made three or four short films in two years and it gave me an accelerated period of thinking about film and experimenting with ideas. I also watched a lot of films and started to get a clearer idea about what I did and didn’t like. It was really important to develop my own taste and have clear ideas about: the kind of acting I like, the stories that resonate with me, the kind of visual framing that makes me feel excited in other people’s work. And also an examination of my own life; what are the memories and experiences that stick out? What kind of people and stories am I interested in?

I then made my first feature Perfect 10, which was another steep learning curve. Moving to a long-form narrative was a huge leap in terms of my own stamina for filmmaking and my understanding of how to tell a story over a longer timeframe. I cast first-time actors and improvised a lot with them, which I had experimented with in my short films. I’m so glad I had the chance to do this before I shot my feature because I learned a lot of directing tricks for improvisation, as well as having the confidence to shoot in this style – which can feel a little scary unless you’ve had some practice.

I feel like I’ve had three significant ‘breaks’. Getting my first short film funded, getting into film school and getting my first feature made. For the short film funding I applied to Creative Scotland for funding with an idea that I felt passionate about it and pitched the idea at different stages of development and received the funding to make the film. For film school – I applied twice and when I didn’t get in the first time I was encouraged by a tutor to apply again the following year, when I had made another short film. I listened to her advice, did this and received a place. For my feature, I was helped by my graduation short film from the NFTS (Patriot) doing well at festivals. It was the first time I felt like I was taken a bit more seriously as a director and I got a lot of meetings with agents off the back of it. I signed with a good agent and they supported me to apply to iFeatures, a low budget feature filmmaking initiative. I got through all the stages of iFeatures and received funding to make the film – which felt like a huge deal. The chance to direct a feature film had always been a dream of mine and it definitely felt like my break into the next level of filmmaking.