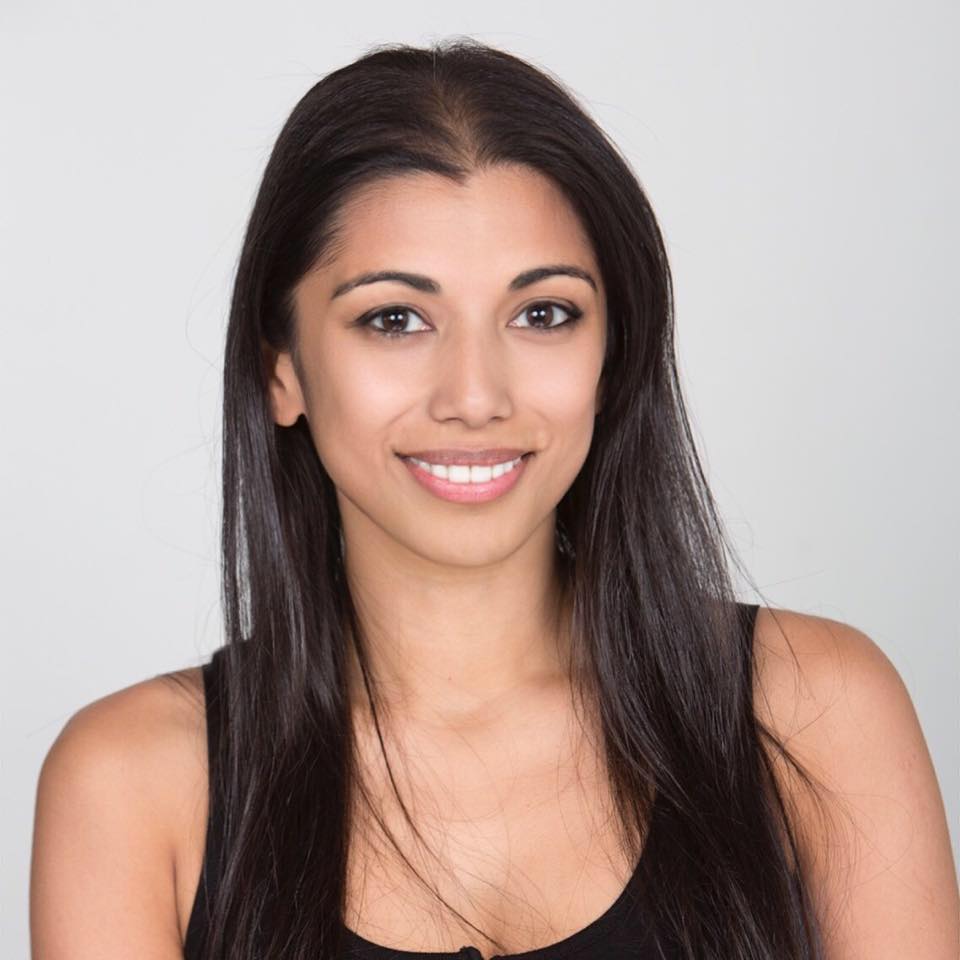 Jasleen Kaur Sethi is a documentary director. She has recently directed a three-part series for BBC2 exploring the mysterious death of a Bollywood actress. She also spent a year inside a women’s refuge following the lives of staff and survivors for Channel 4.

She is currently directing a primetime film for Channel 4, which will explore systematic racism in policing, as well as developing a series looking at people trafficking.

She’s the author of the study ‘The Body Commodity: Trafficking Women In Post Conflict Eastern Europe’.

She is a lot more fun to hang out with than her CV implies.

I grew up obsessed with films. My bedroom was wallpapered with movie posters, almost all of them from a magazine called Neon that included in its centrefold the international versions of iconic movie posters. I thought they were magical. I read it religiously and still mourn the day it went out of print.

I can remember spending school lunchtimes with friends acting out scenes from films we were far too young to watch. I loved film, but I didn’t think I could ever be a director. Like lots of people from my background, I just didn’t think brown girls from poor homes got to do cool things like make films.

Some of this obsession came from my parents. My dad was obsessed with Bollywood films, as an orphaned street kid he’d stand outside the Bollywood studios hoping for a glimpse of the stars. I think he dreamed of being a screenwriter and director, but wars and revolutions got in the way, so instead he ran a corner shop. My very glamorous mother would get the Bollywood magazines and read all the celeb gossip. I soaked up the passion, but I couldn’t stand the movies. I remember at 11 years old, storming out of the living room because I couldn’t bare hearing another woman screaming “save me!” in Hindi. Bollywood wasn’t for me. Hollywood was impossible… so what to do? I thought maybe a job at a charity?

I landed in Antananarivo just in time for the presidential elections, and realised that as Madagascar was a place that was not high on the news agenda, there were very few other international journalists, and I was able to sell my pictures widely, and make the contacts I needed to establish myself in the country and then the Western Indian Ocean region. I was also incredibly lucky that Reuters, who became my main employers, were willing to take a risk on me and train me as a self-shooting TV producer – these shooting skills would get me breaks later. They gave me filming equipment and a satellite phone, and over the course of the next few months and years trained me in TV news journalism.

I ended up working in both photo and TV journalism for Reuters, the BBC and Al Jazeera, and spent five incredible years living and working around Africa and South Asia, covering everything from politics, natural disasters, military coup d’état, strange wildlife, and also meeting and working with inspiring people.

News is an incredibly exciting place to be, but it can also be restrictive. I loved having the opportunity to say things that mattered and might be useful, through visual media, but I wanted to really learn the craft of film, develop as a storyteller and make things that felt more layered and meaningful and would last longer than a news cycle. I started to make short films, and documentaries, and then knew I needed to find a way into documentary.

Before leaving the UK, I had already studied a very intense MA in Human Rights, Violence, Conflict and Conciliation (bit long-winded as a title but it was an incredible course!) before ending up in journalism, so I wasn’t immediately looking for another course or institution. But as I tried to move towards more observational and creative documentary, wise people that I respected and admired kept telling me that the National Film and TV School would be the perfect place for me to train, and to bridge the gap between all I knew and all I didn’t.

It was. They were right. I spent two years there but probably needed three or four! I left feeling like I had broken down a lot of bad habits, and had the beginnings of some good ones. I went straight into the industry at a junior level to continue to apprentice and within three years I had directed my first film for broadcast and have been directing ever since.

I’ve had as many good experiences as bad ones in the industry. It can feel a bit like the Wild West, unaccountable and difficult to navigate, but it is an exciting place to be working, and I have developed a thicker skin and more confidence as a result. I’m learning to fight for the ideas that matter to me and not just assume the loudest voices in a room are the most credible!

I’m still developing a voice and an ability to make work that feels authored. I am not sure that process will ever stop but with practice I feel like I get closer to films that I am proud of.

Working in broadcast TV, you get more and more control over the authorship of your work, but this comes slowly and with time. It’s a process of earning your stripes and the right to be a diva and push for what you want. You win more and more of those battles as you develop the track record to back up your – sometimes/often/always fake – confidence.

As I start to venture into feature documentaries, the medium is giving me more freedom to be creative, but that craft of making good TV, learnt through apprenticing in junior roles with directors – the good, the bad and the ugly – has taught me so much. I don’t feel I could have learnt as much as an independent filmmaker, so this route was the right one for me.

A major turning point in my career came when I entered the Channel 4 First Cut Pitch, an opportunity to compete with five other directors to make your first film for broadcast by pitching an idea and also making a separate short film based on a theme given by the competition.

I didn’t win, but they had to vote twice as the eventual winner and I were tied in the first round of voting, so I did pretty well. I came second, but due to the intensity of the voting, and passion of the crowd at the Sheffield Documentary Festival where it takes place each year, the goodwill that came with second place opened lots of doors for me.

My first directorial break was from Morgan Matthews and his company Minnow Films who backed me as an unknown quantity to make an hour for BBC3.

I made a film following the UK’s first Transgender Beauty Pageant. We were commissioned two days before this large national contest began and hit the ground running. I had an amazing team, and my exec, Ruth Kelly, was incredibly supportive. I felt like it was a masterclass in TV filmmaking with experienced hands to guide me through. I’m still proud of the film and all we managed to achieve under tight deadlines and limited resources.