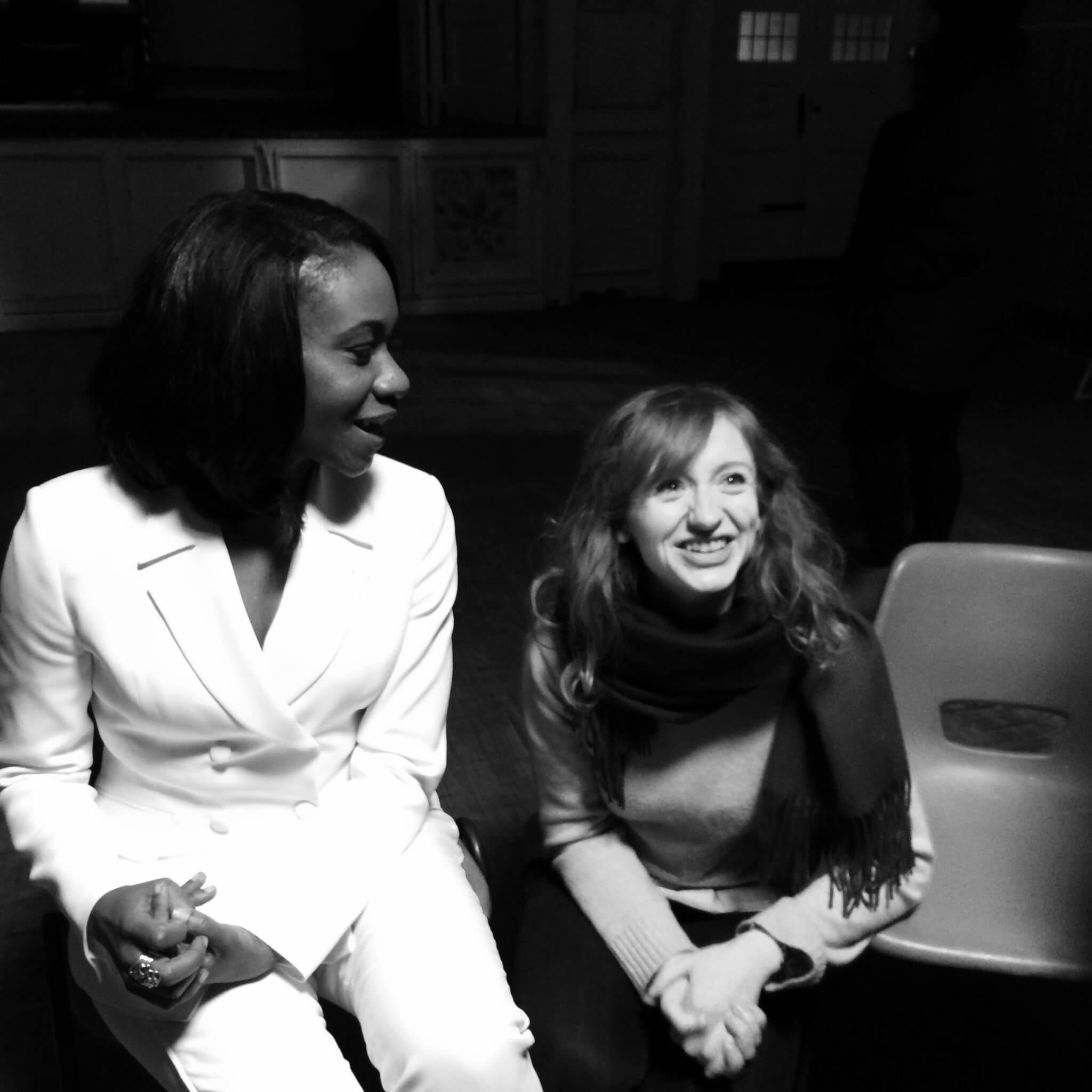 Based in London, Joasia Goldyn is a NFTS graduate of MA in Directing Fiction. Her short film Cocoons was in competition at the EIFF, nominated for Royal Television Society award and won the the Wolfgang Längsfeld Award for Most Original Film at 33rd Munich International Festival of Film Schools.

Director of many short films, shot across the UK and Ireland, Joasia has also worked as a creative assistant to directors Sarah Gavron on Suffragette film (assisting Sarah at all stages of the process) and to Otto Bathurst on Lionsgate’s Robin Hood Origins, learning the craft of long-format directing.

Prior to attending the NFTS, she made Fantabulous, winner of You Tube Dublin Pride Film Festival and Distant Voices, broadcast on RTE 2; both premiered at Galway Film Fleadh.

Joasia also occasionally creates work for brands such as Jigsaw and Dove and she is a co-founder of Tindrum Pictures, a collective of female filmmakers.

Late. I was 19 when thanks to my childhood friend Maciej, who was accepted to art school, I met, FOR THE FIRST TIME in my life, people pursuing artistic careers. Doing anything artistic for a living was not an option anyone would entertain in my family in the village I grew up in Poland. I acted and co-directed in an amateur theatre whilst in secondary school, loved it and often prioritised it over grades. However, not even for a moment did I see a career option in my passion. My friend, a vast talent and a dreamer, paved the way. He bought a camera and asked me to help him film videos for his art school projects. My very first assignment was to film bath routines/rituals for an art installation he envisaged. This obviously meant capturing naked bodies, but I wasn’t intimidated. I remember this so vividly – I loved finding frames, I felt united with the camera, I loved connecting with people I filmed.

We followed with some short films that gradually were less abstract and had more narrative. I loved the process of writing, building sets, the thrill of finding costumes, locations. The idea of filmmaking as my path shyly emerged. I was, however, too intimidated to apply to the renowned Polish Film School in Lodz. I felt that I lacked the right education, background and (clearly) confidence to apply, I moved to Ireland instead. It was such a risk, if I was to fail, at least it wouldn’t be on my parents’ doorstep.

At first, I studied a Diploma in Media Techniques, a course in the basics of journalism, whilst I learned fundamentals of photography, enjoyed finding stories and interviewing people and clarified for myself, that film is what I want to pursue. I recognise the need in me to come up with stories not just reflect them, I wanted my imagination involved in my storytelling. I prepared the portfolio of my photography, experimental films and applied to a four-year BA course at National Film School in Dun Laoghaire, Ireland.

Learning the filmmaking craft and film history during my BA and later MA course at NFTS. Writing scripts, passionately pitching for opportunities to direct them. Working on friends’ shorts, filling in as sound recordist, designer, continuity, producer. All of these perspectives made me a better director. I once participated in a monthly workshop where, as one of ten European directors and ten cinematographers, we were set to make a film in a remote location, alternating teams between scenes. One of the supporting actresses couldn’t make it and I ended up filling in for her. Being directed by nine colleagues I learned so much about directing actors, or rather how not to do it. It became so clear what type of notes are enabling and inspiring and how result-driven instructions can immediately block a performer.

If you happen not to be from a wealthy background yet are still mad to pursue this career, find a source of income whilst you’re studying/trying to enter the industry. Making shorts, even the lowest-budget ones where everyone works for free and equipment is provided, is expensive. Transport, meals, props or costumes, that one more reel of 16mm that gives you the make or break 11 to 12 minutes of extra footage – all of these are expensive. Look after the people who help you to realise your story, even if you are a genius and this will be an experience of a lifetime for everyone involved, don’t forget to look after your crew. Waitressing paid for all my short films before NFTS.

The main obstacle is the fragility of confidence. I can move mountains for a project and yet I also often feel like an impostor in this industry. I’ve lost days feeling low and knocked out by rejections to an array filmmaking schemes and programs I applied to. I was particularly proud of my graduation film; however, it was accepted only to a few festivals (I admit I may have not helped myself with a running time of 32 minutes). A TV pilot I co-created and co-wrote was green-lit by the broadcaster. I was set to direct but in the end, it didn’t go into production because of legal disagreements. It was very bruising and I retreated from it into full-time motherhood. Setbacks and rejections are interwoven in the fabric of the industry. It takes a while to accept it, I’m not sure if it hurts any less knowing but one gets familiar with a feeling and better at moving quickly onto the next thing.

I found my voice through making my short films, of course. I wrote many of my scripts and when I worked with a writer, we could collaborate very closely. Short films take a long time to complete, each one is a journey with heartbreak along the way. The heartbreak is usually a lesson that you’ll take forward to hone your craft.

When I was getting a sense of my voice I knew I needed to get into the industry and learn the craft on a bigger scale, to support my confidence. After graduating from NFTS, I worked as a creative assistant to directors on feature films. It was an invaluable experience to learn from them, to get a practical insight into a big-budget directing and production and it did strengthen confidence in my skills. I made contacts in the industry. I gained a lot but on a flip-side, my own projects and writing haven’t progressed much during this time.

Now that I read this question, I’m not sure if I should be included in this noble selection. I’m only getting my first break now, having been offered to direct a block of television. I’m currently in preproduction, restarted after the mothballing due to COVID. That was yet another twist; when I was finally starting on my first directing gig, seven years after graduating from my MA and after a long maternity break, then three weeks into my prep, a virus stalls the whole industry.