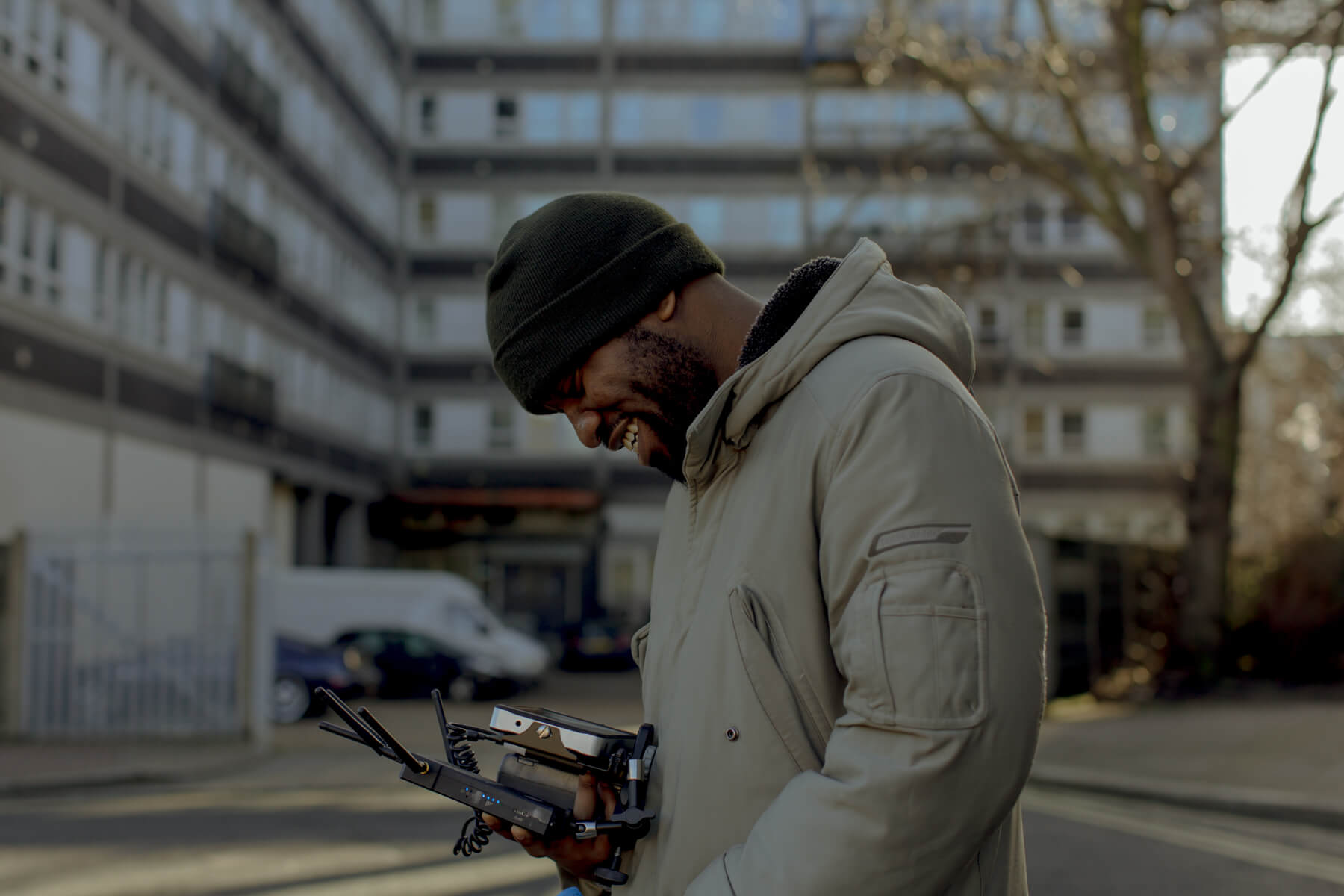 In 2018 Koby saw his BAFTA long-listed short Haircut win the Film London Calling Plus Award for Best Film – as chosen by David Yates – before he went on to become a Screen Star of Tomorrow. He was also made a Broadcast Hot Shot in 2019.

In the same year he received the John Brabourne Award for which he was awarded funding towards the development of his first feature, SE28. He then went on to shadow on Netflix’s Top Boy and, before the year was out, he was chosen to direct the second half of the BBC series Noughts and Crosses based on the hit Malorie Blackman novel.

Koby is now developing his debut feature Haircut with Film4 and producer Joy Gharoro-Akpojotor as well as developing another feature film, SE28, with DBK Studios, which he owns.

I was big into IT and tech at school, having these base interests led me to college and having a bigger opportunity to shoot, edit and research. When I was at Brunel University, I was given a book specialising in film and in it was a quote by American cinematographer Allen Daviau, “The day you go to work and you are not scared of any challenges is the day you have to flee the industry.” I lived by that, even putting it onto my Twitter feed and by chance was contacted by a member of the Film Lighting Conference in LA who said they saw it and I should come out there, as Allen Daviau would be there, so I went. It was an incredibly short three-day trip to the States, but I met him, as well as Spielberg, Robbie Greenberg and Karl Water Lindenlaub. I finally knew that I had found my purpose in what I wanted to do. After that trip I came away ready to do what was required of me; I applied to London Film School and was accepted. Before that I felt like a plane going around in a circle waiting for take-off, then finally knowing my destination, taking off in a straight line at full speed.

Growing up in an under-privileged background I went through a lot of experiences that now, looking back, felt like brainwashing out on the streets, leading you to believe that’s all life was about. Culturally it changes how you look at things, coming from a place of survival and not luxury. That mindset has definitely bled into my filmmaking. I’m selective of what I put into it and restriction is definitely clear when I’m working; I don’t do excessive takes, only five to six at most; I’m very purposeful and to the point – shooting things in half the time and yet still having good material. My past has definitely brought a sense of direction, clarity and structure to my filmmaking style.

My biggest challenge is feeling like some of the work I’ve had to do feels ten times harder than a white filmmaker, because of that, it causes imposter syndrome – you don’t feel like you fit in sometimes and everything just seems that bit harder, but a proud highlight is always working with passionate, black creatives that didn’t have an opportunity before perhaps to do what they love. That’s why I’m proud of my production company, DBK Studios, because our ethos is to champion creative people.

Being myself: being black makes me special and unique. The story of being black seems more valuable than ever before, coming from the black community comes with the confidence and knowledge that I have experienced a lot – positives and hardships. Telling those stories now is valuable now and that comes from the fact that I’m black.

There’s going to be more of a sense of ownership over black creatives’ work and knowing the messages they want to share with the rest of the world. Working on the projects I’m working on right now, I feel so excited to be a part of them because I’m seeing more and more black creatives owning their own life and rights. The number of respected executive producers is increasing, they’re sharing their knowledge and it’s going to become a lot more visible, as it should be.