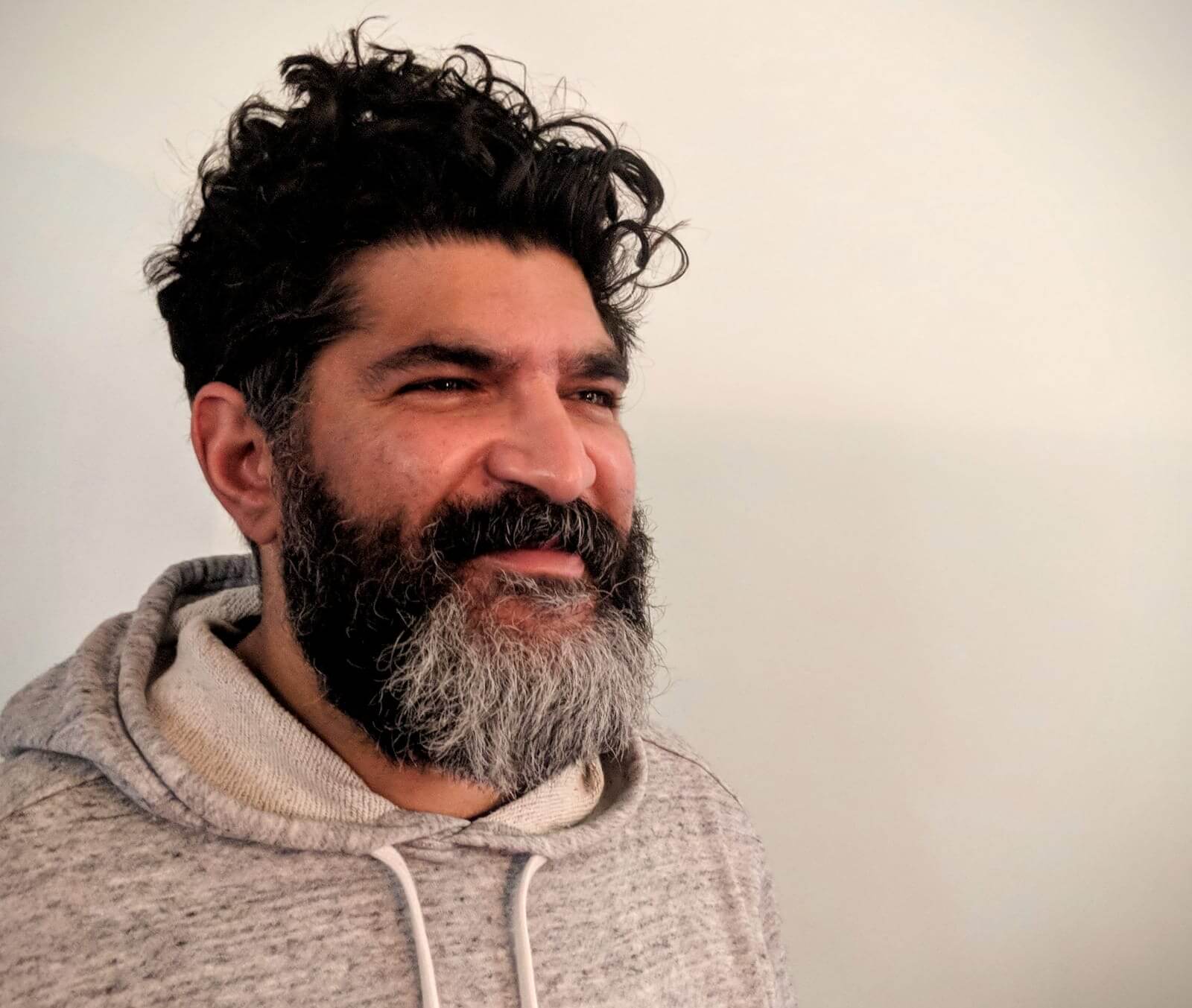 Multi-award-winning writer/ director whose touch for comic timing and visual storytelling style stems from his background in animation. After promo directing at the BBC and being part of the launch of E4, Michael is now a freelance director working for a whole array of prominent brands, broadcasters, agencies and production companies.

His latest short film was screened at numerous BAFTA and Oscar qualifying film festivals worldwide from BFI London Film Festival to Flickerfest in Australia, winning a number of accolades including the Discovery Award at LOCO London Comedy Film Festival. Now he is writing his first feature and has a TV comedy in development.

At the time I was approaching the end of my first year studying my animation degree at Farnham and remember quite clearly going to see the French film Delicatessen at the Wednesday Night cinema club in the main lecture room. It blew my mind. I suppose growing up in the ‘80s on a diet of mainstream cinema I didn’t know that you could make films like that. I loved the artistry and look of it. It felt so much more tangible than animation which, don’t get me wrong, I loved and still do, but this was more me. I wanted to snap my blue pencils and smash up my light box there and then – I had had enough of flicking paper. I didn’t of course and I saw my degree through to the end, but that’s when I knew I wanted to be a live action director.

I suppose when it comes down to it I love the buzz from collaborating with others and stumbling on that magic moment that no one could have anticipated or planned.

Also there are many crossover disciplines between the mediums with the planning, storyboarding, the timing, composition of frame, where we put the camera, etc.

But what I found was most important is the craft of storytelling.

I’ll never forget the advice from legendary animators Geoff Dunbar (Rupert the Bear and the Frog Song for Paul McCartney) and Oscar Grillo (Men In black, Monsters Inc, and that very famous Kia Ora advert from the ’80’s) at the Animation Festival in Cardiff in the early, ’90s while propping up the bar… “learn your craft”.

And so my long journey began. In hindsight I was far too young for my degree. I loved drawing, I loved stories, I had ideas but I sometimes found it difficult to transcribe them to others and to the page. I had spent so much time drawing I hadn’t given any attention to writing the story.

Now I realise it’s the starting point. And just like drawing you have to keep writing and rewriting. Develop a thick skin and be prepared to rip it up and start again.

Most jobs are won these days by your pitch document and being able to sell your vision.

There are many setbacks and failures that come with the journey of learning anything, some scar. I remember trying to get my first job and meeting a producer of an animation production company who, after seeing my portfolio told me, “No one will give me a penny for your degree, go draw me Mickey Mouse five hundred times and come back to me, then I might think of giving you a job”. That winded me. I went back home that night, had a large drink and thought, “Up yours and screw Mickey Mouse (please don’t mistake this as disrespect for one of the most powerful studios in the industry and if Disney ever asked me to direct a film I would start dancing around ecstatically, like, come on John Favaureu, who can do no wrong in my eyes). I digress, I suppose what I’m trying to say is you’ve just got to brush these things off.

It’s easy to be self indulgent and feed that imposter syndrome inside you, but when you hit that wall you know you’ve got to dig down, light up that fire in your belly and keep plodding forward. Maybe that’s just my nature. I’ve always been told I can’t do things and do them anyway.

From that experience I learnt it’s very important to be pleasant to people; who knows, he was probably having a bad day.

Being a first generation British Egyptian born in Newcastle and living in various parts of Britain, with stints living in Durham, Swansea, Tunbridge Wells, Sutton, St. Albans and finally settling in West London, has given me quite a unique perspective on life in Britain.

I never really think of myself as someone of colour or being from a minority background, I don’t realise people think of me as such until they point out that I’m different, which ironically happens to me as often in Egypt as much as does in Britain. Does that mean I’m a nowhere-man? When I worked at the BBC they used to nickname me ‘The Planet’. However, I like to think of myself as an Earthean. It’s good to be as objective as possible, which is why I think I’m naturally drawn to comedy, of the dead pan kind. What better genre is there right now to make sense of these absurd times?

As writers and directors we have the responsibility to represent, through our writing and casting, British society today. For example, I know we should always cast the best actor for the part and sometimes minority talent can be harder to find but they are there.

Maybe finding your voice is what one calls growing up. But one question I always have in the back of mind is, what makes my vision something people want to see? Working in broadcast and advertising I learnt about being universal, that you make things for other people, not for yourself. That doesn’t mean your subject should be bland, it just means you have to be conscious that other people should understand what you’re trying to say without loosing your style.

One anecdote about honing craft; after hearing about how Mike Leigh works with his actors (I would love to be a fly on the wall in one of his workshops), I decided to enrol on a method acting course to develop my approach to directing actors. I’m a terrible actor and at one point I just couldn’t tell if a performance was veering on the side of being too hammy. It gave me such an insight. I used to feel overwhelmed in a room full of actors and egos, now the casting and rehearsal is probably one of my most favourite parts of the process. It’s really something special seeing actors bring your words to life from the page.

My first job straight out of college was I suppose what you would call my first break. It was when I tried to negotiate selling my third-year film to a prominent Saudi Arabian TV company based in Battersea. The film was based on a story from ‘The Thousand And One Nights’ called ‘The Historic Fart’, (it appealed to my scatological nature at the time).

The screening was in front of the head of acquisitions and a very serious, moustached, cigar- smoking man (I think he was a cousin or relative to the prince that owned the station). Flicking beads with his thumb in one hand he didn’t laugh once, not even a smirk. After the film ended with the crescendo of an extended scene of flatulence he looked at me, dead pan, his black eyes piercing me.

He explained to me he couldn’t possibly buy my film as it was far too sensitive for the middle-eastern palate. However, was there anything else he could do for me?

“Could you give me a job?” I replied.

I remember thinking for a moment what my salary prospects would be straight out of college and doubling it.  He agreed immediately.

“When can you start?” he asked.

“Okay!” he pointed to the edit suite outside his office then laughed at me.

“You’re not very good at business are you? You should have asked for more. I’ll give you a month. If you’re good, I give you more. Yulla.”

Damn, I thought. Lesson one; never under value yourself.

Here are a few quotes that have struck a chord with me over the years:

Surround yourself with the best.

And lastly, Be nice if you can. No one wants to work for an arsehole.