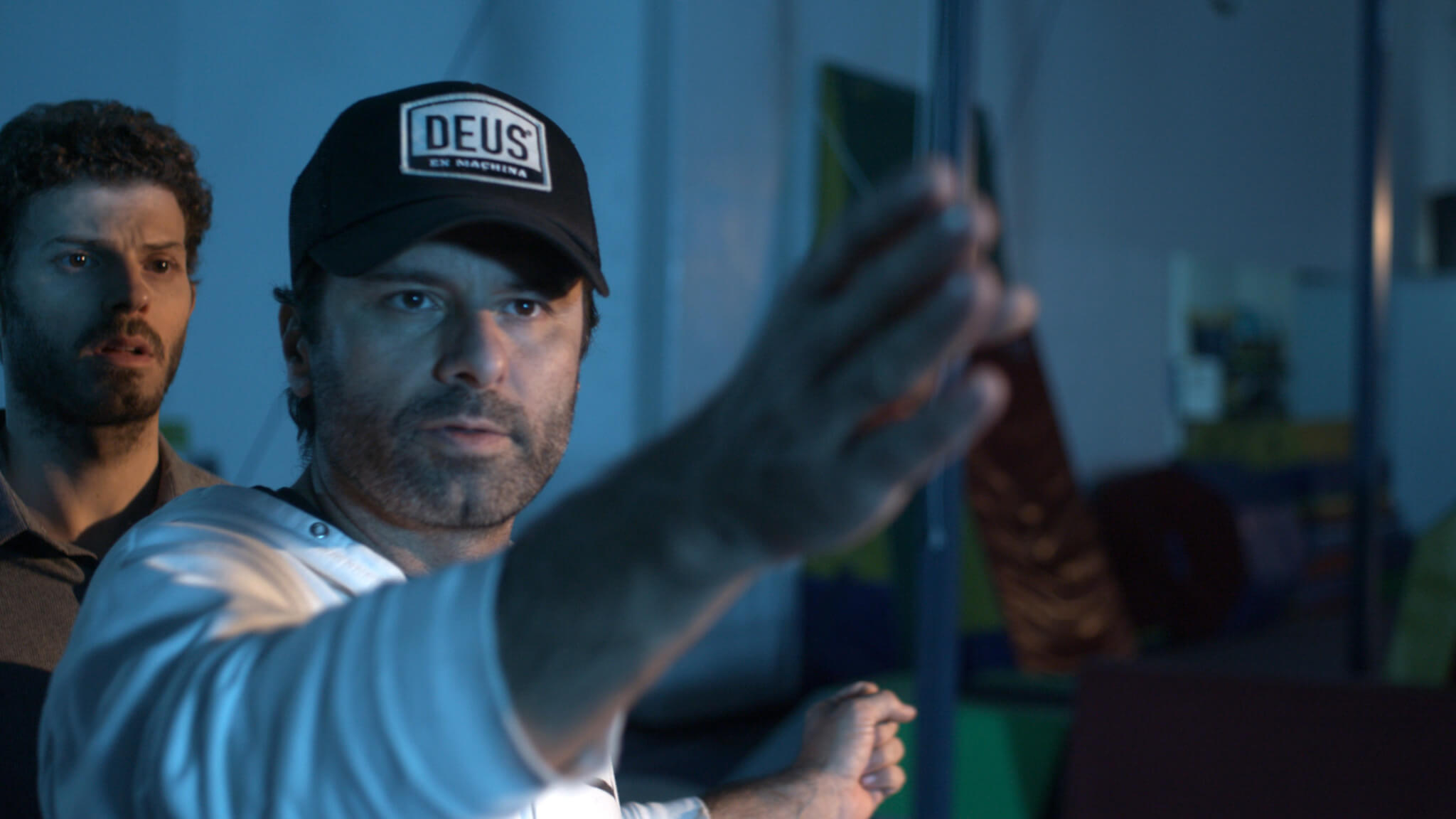 Since the start of his film career at George Lucas’ famed Skywalker Ranch, Peter has had a front row seat to the crafting of Hollywood blockbusters by the modern masters of cinema. While sitting through what Peter calls “a decade of dailies” with the likes of James Cameron and George Lucas, he studied each director’s approach to storytelling. Peter contributed as an artist, animator, and designer to the legendary franchises of Harry Potter, Shrek, Star Wars and Ice Age. But it was not until his time on James Cameron’s Avatar that he felt he was ready to leave the trenches of digital production, for the challenges of directing.

As a first generation Pole, raised in Chicago, Peter balances the DIY spirit of American filmmaking, with the intellect and restraint more characteristic of European cinema. He currently lives in Los Angeles, where he is finishing port on his debut Feature Film, Behemoth.

I sort of fell into directing. I was very passionate about animation and design from my early teenage years, and this carried through to my early 20’s. In Chicago, where I grew up, I was doing a lot of photography, design, and 3D illustration, for the local music scene. I would privately idolise music video directors, but never considered getting into it. Then one day, a big Chicago DJ, who I had been working with for a year, asked if I wanted to take a crack at directing his music video. He had just been signed to a major label, so the budget was actually quite good. Before I could give it much thought, I just blurted out a YES! The video I made was chock full of cliches and and the song was pretty terrible, but I pulled off an ambitious three-day shoot that was far above my skill set. At the very least, I proved to myself I was capable.

After that initial break, I got caught up in the VFX world for 10 years. It was great money and a passport to the world, but I kept some projects of my own active on the side. I started small. I decided to do a really simple short film, called Dark Clouds, that leaned heavily into my animation background. But it had a little live action, and that gave me some momentum. From there my ascent was very linear. Each project was about two times more complex than the previous one. 90-second shorts turned into 3-minute videos. 3-minute videos turned into 7-minute shorts. And so on, and so on. With each project I completed, people started taking me more seriously and offering to help.

Finances are the persistent obstacle. For years, I would do freelance VFX to raise enough cash to do some passion projects. It’s wise to have a job in the film industry to fall back on in between directing commissions. For me its VFX, but editing, teaching, and 1st ADing are good alternatives. I do remember a while back, I had a small setback that I turned into a big success. I came up with a really cool idea for a music video, and shared my thoughts with a producer. He categorically shut down my ideas for making the project a reality. He told me, “That’s not how things are done.” I remember coming out of the meeting so gutted. But a year later, I based a villain in a short film on him. The short went on to be my most successful to date!

DO NOT go out and make projects that you THINK the public wants to see. That always falls flat. It’s uncanny how audiences can sniff out stories that you made for the wrong reasons. Meanwhile, stories I told that were deeply personal, or very specific, would find audiences regardless of what level of polish there was on it. By leaning into your own perspective on the world, you’ll find your voice. Unfortunately, you will probably have to spend a lot of your own money bringing those projects to life. I think for every project I have been paid for, there are two that I did out of my own pocket.

Most of the breaks I got were through brute force. My biggest break was probably landing a job at Skywalker Ranch in the story department. I absolutely carpet-bombed California with my reel and resume. I spent a year doing nothing but applying for film jobs. When I did the interview at Skywalker, it was actually my quirky personal work that they gravitated to, not the “industry standard” exercises. What sealed that job for me was actually chatting with one of the supervisors about dance music. Knowing the tools for storytelling is only half of it. Having life experience and varied interests, to use those storytelling tools on, is what really counts in the end.