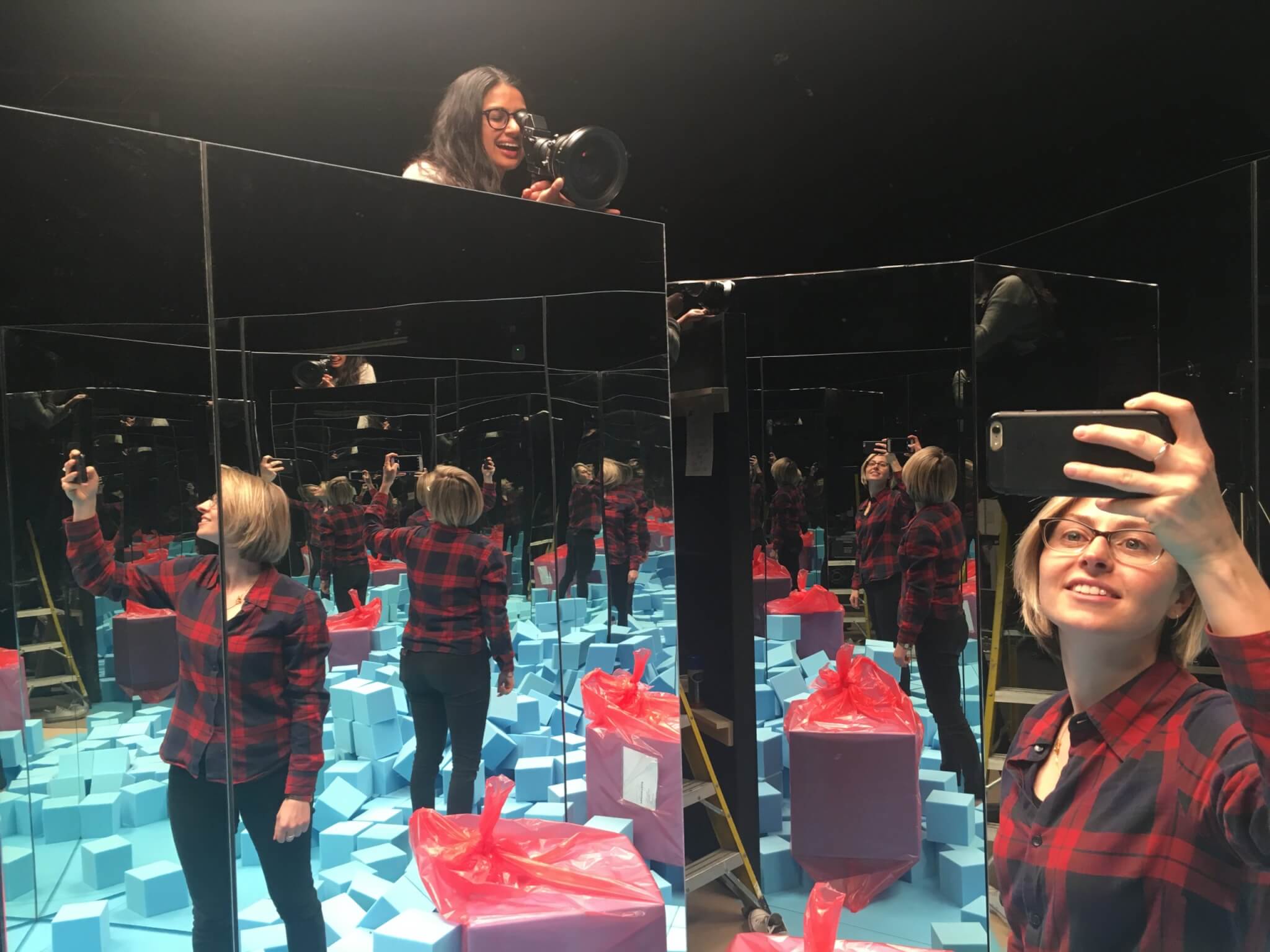 Previous TV drama credits include three films for BBC4’s award-winning series Snatches, and Playing Ball for BBC3/iPlayer. Her Channel 4-supported short film Our Lad, was selected for a number of international film festivals including London, Seattle and Raindance. She has been selected for numerous emerging talent schemes including BFI NET.WORK @ LFF. In 2015, she was named a Screen International Star of Tomorrow and featured on the BBC New Talent Hotlist in 2017.

I acted from a young age, first through the amazing programme of LAMDA exams at school, then joining the National Youth Theatre at 16 and continuing at university. There was an emphasis on devising work at NYT but I first directed a play at university. After graduating, I felt that acting would be difficult for me, partly because I wasn’t exceptional but mostly because I felt I would be typecast and that would demoralise me in the long-term. I wrote close to 300 letters to try to get a job in the industry, any job. I eventually got an internship for a few weeks at the distributor Momentum Films. A ton of no-paid / low-paid low-level jobs within the film and television industries followed as I earned money tutoring maths on the side. I got a sense of the industry as a whole during this time but also saw that there was no clear track to becoming a director, apart from going to film school, which I had failed to get into. I directed a couple of no-budget shorts but didn’t really know what I was doing. I knew that I loved drama and wanted to express myself through directing but it took a while for me to be brave enough to put myself out there. I accidentally got involved in the world of online content, before it was the industry it is today, by becoming a presenter and it was this sideways step that allowed me to get my first paid directing job on a non-fiction online series for Channel 4.

I really didn’t have a clear plan of how I was going to become a director. I just took jobs wherever they came from that were creative, fun and exciting and had a blast along the way. I ended up rising up through the world of online content to become Executive Producer / Director of the video team in the Google Creative Lab which came with lots of responsibility and opportunity. I made loads of videos about interesting things with interesting people and saved some money, but ultimately, it got to a point where making content to sell things was no longer enough – I wanted to make art. I got to a position in my late 20s where I had to take the leap and make a proper film. I set up my own company and continued to make online videos and documentaries and finally made a live-action short film that was partly backed by Channel 4 and got recognition at film festivals.

One of my main obstacles was myself. It took me a long time to build up confidence and to be brave enough to say that I was a director, even when it was a fact. I felt inadequate and under-qualified and that I hadn’t made enough, and that what I had made wasn’t the right thing.

The other obstacle was the rigidity of the TV drama and film industries. Since leaving university at 21, I have predominately worked in making moving images – online docs and commercially funded content – but they were seen as irrelevant and unhelpful even though I had acquired many of the skills needed to direct. I saw it as all the same thing and knew I could transfer those skills to drama but it was seen as unconnected. I could probably have been a lawyer and I would have been perceived in the same way.

And, of course, earning a living – money – the dirty word! It was unspoken that you needed experience but that experience wouldn’t be enough to live on. I lived with my dear gran for one and a half years when I first moved to London.

Every experience has helped me develop my voice. I’m not really talking career experiences here but actual, real-life living. Studying politics at university, growing up in an Indian household, having wild adventures and meeting crazy people. I now look back happily on my 20s when I was making non-fiction work because my experiences were so diverse – I made films about female genitalia mutilation, music, football, art and went to lots of different places. I was, and still am, learning about myself – and that is what filmmaking is about expressing. I might not have been learning specifically about drama but I was learning about life.

I did some courses along the way – an editing course funded by Skillset, a 16mm course at City University, acting training most of which I paid for myself through money I was earning in my day job. And I was learning on the job by making stuff – even if I was told it was unconnected – I used cameras and edit suites everyday so my storytelling bones were growing. I really think it’s the best way.

I worked on huge sets at Pinewood in the early days as a runner which was useful but the smaller stuff was just as useful, if not more. There’s no better way to learn than doing it yourself. I funded my first proper short film through crowdfunding, some of my own money and Channel 4 helped with the final bit of finance I needed.

I was talking to an agent for about two years or more before I actually got one. There are some really great ones out there who even if they can’t take you on might be able to guide you and track you. But as a director, I think you really have to make your mark first before an agent can do too much. Being a writer or writer/director is different as an agent has more to sell. Even after making a short film that did well, I still had to keep working hard to be seen and taken seriously. In the UK, I think there’s an emphasis on hierarchy and the things you have to do to be seen as credible. Things are changing though.

I sometimes wish there was a clearer path to becoming a director, and that it was more meritocratic. There’s obviously a big problem with diversity, which is slowly being addressed, but there’s no doubt it’s a hard path regardless of who you are – you will get knocked back again and again. And again. Stat. It requires stamina and grit but there’s nothing like it and it’s a hell of a ride! The journey is the destination yo!