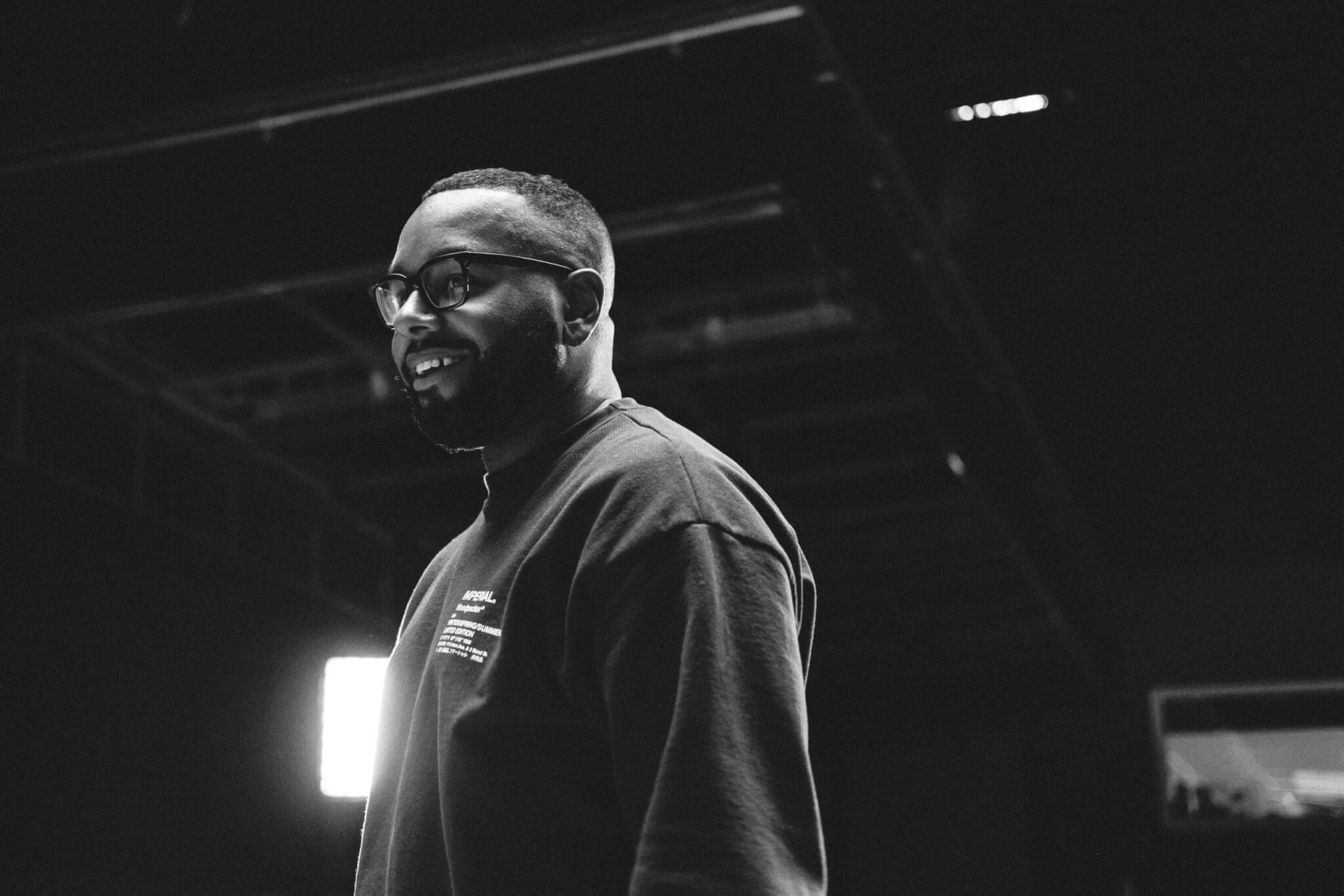 Rohan Blair-Mangat was raised by a Jamaican mother and Indian father in London. He graduated from Central Saint Martins with a degree in Fine Art.

His credits include the short film ’Bam’ from JAY-Z’s album ‘4:44’, a Clio award-winning music video with Black Thought to accompany the documentary series ‘Rest in Power: The Trayvon Martin Story’, and the visual album ‘Nasir – The Film’ for Nas’ self-titled release.

He currently resides in LA and is developing film and TV projects.

I knew I wanted to be a director when I was about 6 or 7. I was already a keen storyteller, making up bedtime tales for my younger brother and acting them out with toys, or hijacking my dad’s VHS camcorder and directing the family home movies. I remember watching The Empire Strikes Back and it being the first time I experienced a story as a child where the good guys ‘lost’ at the end. Luke’s hand was chopped off and he learnt the shocking truth about his father. Han Solo was frozen in carbonite and taken away. I was so moved. The credits came up and I saw the director’s name. From then, I knew I wanted to move people like that film moved me.

Although I knew it was what I wanted to do, I never thought I could actually make it. I didn’t know anyone in the industry and it felt so far away. I ended up studying Fine Art at Central Saint Martins and then I found production assistant jobs on Mandy.

For a couple of years I worked in various low or no-pay roles in production and then I bought a Canon 7D and began making my own work with musicians I knew from my area. I’d upload them to Vimeo, which back in 2009/10 was a really interesting community where you could make a name for yourself.

I’m not going to lie, there were plenty of times that I thought I would never make it, but I’m the kind of person who will just keep doing something until it works.

As I mentioned before I didn’t have a leg up in the industry so there wasn’t a clear trajectory for me to follow. There were definitely a lot of things I could have done better, and probably I would have saved a lot of time if I knew how everything worked going into the business. But at the same time my mistakes have been very valuable lessons. Yes this industry is about who you know and being in the right place at the right time. But I also believe if you make good work and find likeminded people, you’ll get where you want to be.

Early on in my career I found it hard to balance working for clients to make money versus finding time to make the projects I believed in. I think that’s a universal struggle for all artists and I learnt the value of saying no at the right times.

One of the main issues I struggled with in the UK was getting gatekeepers to invest in stories about black people. I’d often come across the same excuse that the projects weren’t ‘developed enough’ or ‘mainstream enough’. Since I moved to the US I’ve had more success. Partly because there are more black people with production companies and in positions of power in the industry here. It’s a massive shame to me as I know there are so many rich narratives and experiences to be told in the UK. Hopefully things are changing for the better though.

Getting the 7D was a real game changer for me as I now had a pretty decent camera that I could leverage to get projects with musicians and for small brands. Back then it was the only affordable way to have shallow depth of field.

I think there was one year where I was shooting so many things it was like I was possessed. Looking back now I don’t know how I did it. I had no money and I just shot for whoever I could to build a body of work. I’d google anything I didn’t know, so I taught myself how to shoot, edit and grade that way.

Working in commercials and music videos has been really valuable. I’ve shot all over the world – in the jungle, in the desert, on top of mountains. I’ve worked with legends – in front of and behind the camera. I’ve worked with massive crews, cranes, helicopters, explosions… It’s been a real baptism of fire and has taught me a lot about filmmaking. That’s what I love about directing… each project is different and it exposes you to something new. You’re always growing and honing your voice.

One of the artists I met called Pauli The PSM (who is now one of my dearest friends) showed some of the work we made together to a friend of his who worked for a commercial production company. At that time I didn’t know any companies in the industry or how directors got signed. The company liked my work and asked if they could represent me. I joined them and a few months later I directed two commercials for Adidas, starring Lionel Messi.

It was an unreal experience to go from shooting by myself and editing in my bedroom, to working with the newly-crowned world player of the year. Up until that point almost all of the films I’d made had no budget. The campaign ended up winning a Cannes Lions and I began a decade making commercials and music videos.

Directing the JAY-Z video was a key moment for me because it helped me find a manager and started to open doors for me in Hollywood. I just finished a series for Quibi and I have two feature projects in development that I’m very excited about.