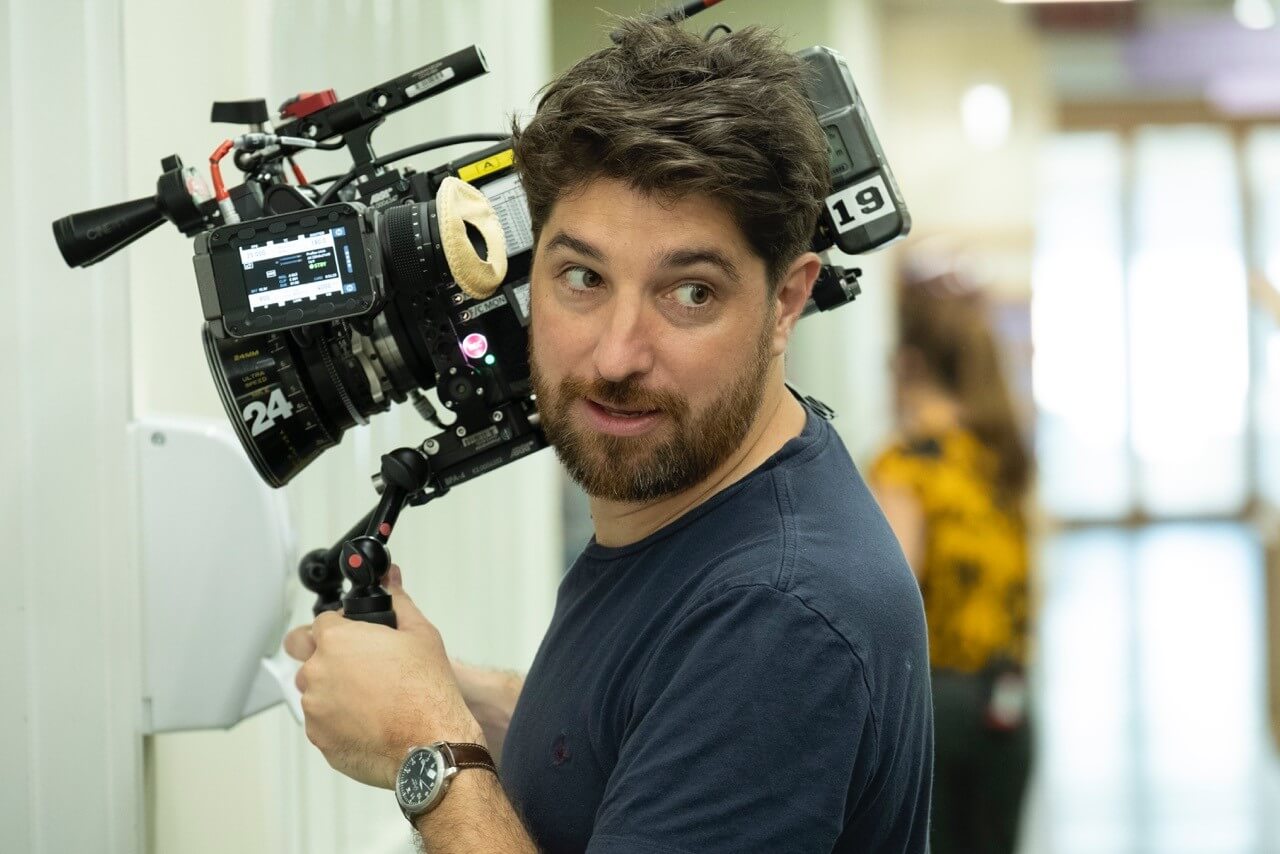 Toby Haynes is currently working on the as yet un-named Star Wars: Cassian Andor series for Disney+. In 2020, he was nominated by BAFTA for his work on Brexit: The Uncivil War for both Best Director and Best Single Film. Brexit, written by James Graham and starring Benedict Cumberbatch, was also nominated for an Emmy for Outstanding Television Movie in 2019.

Toby directed and exec produced all seven episodes of Jonathan Strange and Mr Norrell for Cuba Pictures and BBC ONE. This project received four BAFTA nominations and went on to win two.

Toby’s audacious finale to series 2 of Sherlock: The Reichenbach Fall ignited a media frenzy around Sherlock’s apparent death plunge. Andrew Scott went on to win a best supporting actor BAFTA for his work in the episode. In his review of the episode Andrew Billen of The Times wrote, “This detective story so transcended its genre, it should be considered alongside British TV drama’s highest achievements.”

Toby has opened a number of hit series for the BBC including The Musketeers starring Peter Capaldi, Tom Burke and Denise Gough; Being Human – winner of the Broadcast Award for Best New Programme, starring Aidan Turner, Leonora Crichlow and Russell Tovey; and the acclaimed series three finale of Wallander: An Event in Autumn, starring Kenneth Branagh.

I grew up in Cornwall in the far, far South West of England. Growing up you’d never think you’d ever be anything as grand as a director – you’d be lucky to leave the county! I struggled with dyslexia at school so I kind of hid in the arty subjects. I was obsessed with TV and my dad showed me and my older brother Star Wars when it was first shown on TV in the ‘80s – I was 6 years old and my mind was well and truly BLOWN. It was the greatest, most exciting and imaginative thing I’d ever seen – and it seemed SO REAL. A whole universe to lose myself in. Very far from my difficult days at school. I was instantly OBSESSED and me and my brother watched our little VHS copy of Star Wars twice a day for a whole summer holiday. It drove our parents nuts.

My dad was an art school lecturer in graphic design – and he loved movies. One of the things he did was point out when the backgrounds in the films where scenic paintings – like when C3PO is walking in the desert – he’d say that was a backlot shot and someone painted the background. He was almost always wrong about this, I later found out, but it didn’t matter – what mattered was that I realised SOMEONE painted Star Wars – that was my MIND BLOWN FOR A SECOND TIME. So I thought as a 6-year-old, “I love painting – if someone painted on Star Wars I want that someone to be ME!” This morphed into me wanting to make my own version of Star Wars so I guess that was my first aspiration to directing. Later it also helped that my father’s students often did moving image projects, title sequences and whatnot, so that de-mystified the process for me a little – at least I knew it was possible to make something.

By the time I was doing my A-Levels I was trying to incorporate filmmaking into my art courses – I even got out of doing my written dissertation for my exams and handed a film in instead. I went to Art School at Kingston University specialising in Graphic Design; as it was impossible to get on any of the dedicated film courses as they were heavily over-subscribed. Once I was there all I did was turn every graphic project into a film/moving image project and eventually a tutor there recommended doing a post grad in film. I wanted to go to the Royal School of Art but their film course was pulled the year I applied, so the option was the National Film and Television School. Their application process was rigorous – over 400 applying for a six-place course – but somehow through many hoops I miraculously got in!

Every short film I made was always some kind of ordeal! I think Truffaut said that all his films were disasters before the edit – well a lot of mine were disasters after the edit too! But more often than not they were daring and showed some kind of flare. After film school I was alone in the real world for the first time and it was soul destroying. I did any job I could to support myself so I could do meetings and finish short films using film school kit in the holidays. I also claimed benefits for a time, so I could stay in London and find work. But I couldn’t just give up. I knew I had what took I just needed the right break. But this time in the wilderness was the hardest challenge I faced up to then.

In a way even though I really worked hard at every stage of my education there was always another project to work on around the corner – once I left film school that was it really, goodbye to that safe filmmaking environment – this was the real world and it was really hard adjusting to people not really wanting you to take on their projects and impossible to get any producers to trust me with a professional shooting schedule. It felt like Catch 22, you can get a job once you’ve proved you can deliver a professional shooting schedule, but you can’t do that unless you get a job. What?! For two years I shot what I could, cheap corporate promos, anything to keep myself going. I never gave up the dream and would rather live whole weeks on potatoes and beans for every meal rather than switch to another line of work.

I managed to get noticed by an up and coming agent Joe Phillips who was at the time building his list at Curtis Brown. He immediately sent me to meet David Richardson at Hollyoaks who was looking for new talent to join the roster of directors there. I was then on their radar – but it was another 2 years before finally working there. In between I got another small break when I got the chance to direct a Coming Up episode for Channel 4 – it was their new directors and writers strand. Micro budget but hugely creative. I used that film as a launch pad to meet as many industry folks as I could.

When I finally got my first job at Hollyoaks it was brilliant. They really taught me how to be a professional and I learned a huge amount. I was there for almost a year and after that I got into children’s TV as there were a lot of imaginative opportunities to explore there rather than going onto to the more grown up soaps like EastEnders. I think this helped later on with my career getting those genre jobs like Being Human and Doctor Who later on in my career.

I would say that Hollyoaks was by far the greatest learning experience of my career and a great foundation to build on throughout my television projects. I had to learn fast how to work fast, but also how to keep the imagination and flare I’d got noticed for. I began to deepen my understanding of character and how storylines had been carefully built up over many months so it was my duty to deliver the pay-offs in as satisfying way for the target audience as possible. Soon writers would ask for me to finish their storylines as they knew I could deliver.

I still use those skills to this day. Filmmaking technique is one thing but knowing how story works and how to listen and be led by character is absolutely crucial. It kind of stopped me from being a showy director where the audience is aware of the storyteller, to being a stealth director where all your trickery and brilliance is hidden, and all the audience is aware of is how much they feel for the characters and how much they are gripped by the story. That’s what I love most about directing: how we can take hold of someones attention and take them on a journey with your characters. So you feel like you’re been on a real adventure!