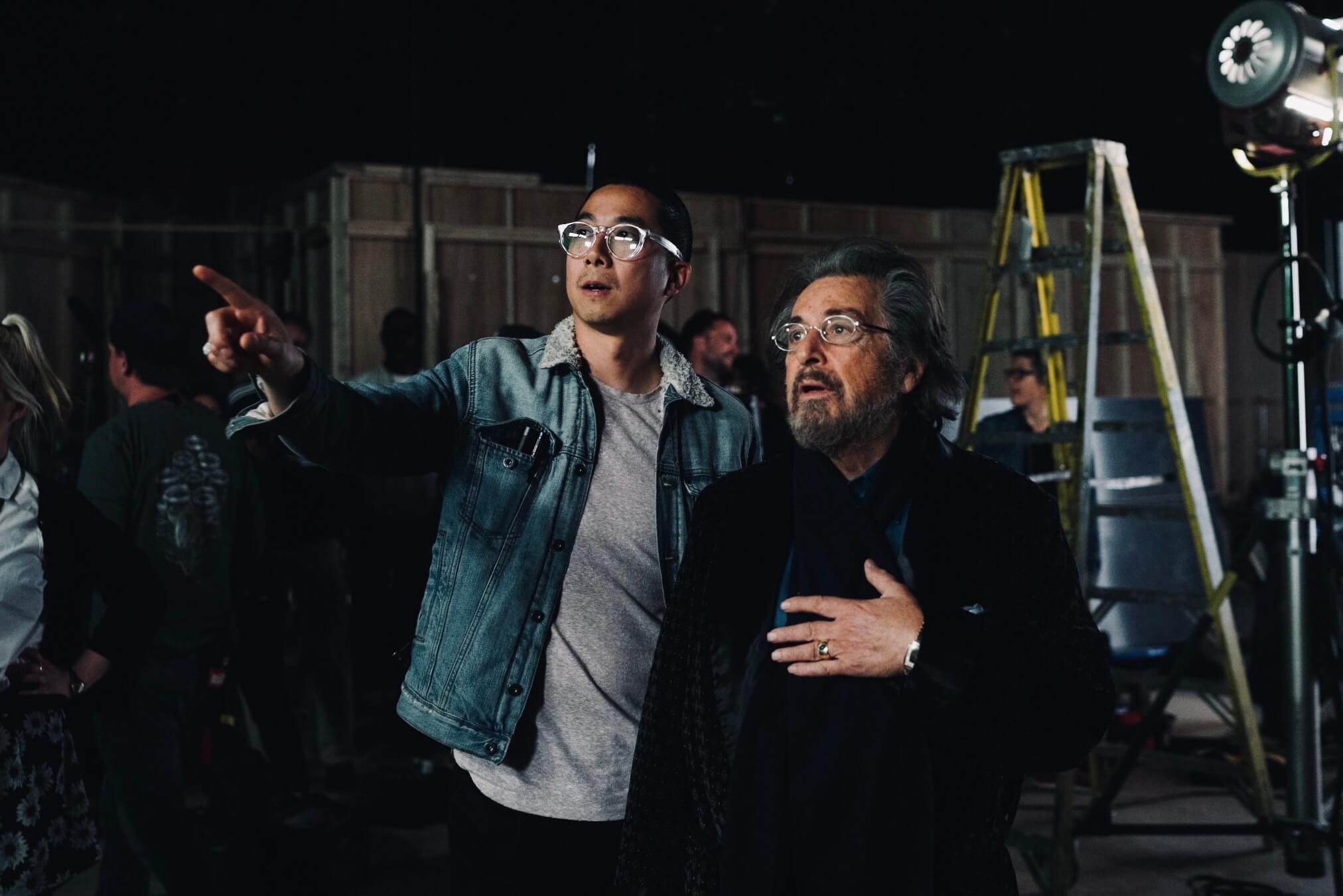 Wayne Yip recently directed two episodes of Hunters, starring Al Pacino, for Jordan Peele’s Monkeypaw and Amazon. He is the director of the 2019 Doctor Who New Year’s Special and recently directed episodes of Deadly Class for Sony/SyFy and Doom Patrol for DC Universe. In 2018 Wayne directed Happy! series two. His other credits include Preacher for AMC/Amazon Studios. He has also directed episodes of Marvel/ABC’s Cloak & Dagger and AMC’s Into the Badlands. Wayne got his start directing the critically acclaimed shows Misfits and Utopia, both for Channel 4.

To be honest, I don’t remember. What I do remember is obsessively watching films. Not in any analytical way, just because I loved them. Being a child of the 80s and 90s my diet was Spielberg, Zemeckis, Lucas, Burton etc. Then as I got a bit older it became John Woo, James Cameron and then Tarantino. I’ll never forget the first time I watched Reservoir Dogs on some bootlegged VHS tape at my friend’s house. It was the high octane feel of Hong Kong cinema but with the coolest dialogue (and soundtrack) I’d ever heard. When Pulp Fiction came out… well my mind was blown. I couldn’t articulate it yet – and probably still can’t now – but I was drawn to that magical moment when picture and music come together and your mind goes: “f*** yeah!” – and how story and performance and every thing works together to create those moments.

DVD’s were just becoming mainstream at this time and with them came BEHIND THE SCENES features. The cloud of mystery was being lifted from film making. The tricks of the trade, the special effects, the cameras, directors finally and candidly talking about what being a director actually was! Peter Jackson’s daily film blogs he did when he made Lord of the Rings were particularly pivotal. I still didn’t want to be a director specifically, I just wanted to make movies. I was the writer, the DoP, the sound recordist, VFX, SFX…. You’ve all been there. Crew of one. The directing part just came out of necessity.

I got a job as a runner at a small production company in London and they very kindly let me borrow their in-house camera on the weekends (Sony PD-190). My then housemate was in a band and as soon as he heard I had access to some half decent camera equipment, I was anointed the band’s music video director. And so started some of the most creative and educational years of my life. Whatever idea we came up with we shot it. Some ideas were half decent, most were pretty bad but I was learning so much about the real nuts and bolts: what frame rate was, lens sizes, lighting and possibly the most important – editing. Final cut and After Effects were on the computers at work so if I wasn’t running tapes around Soho or making music videos I was glued to a screen digitising and cutting. I watched scenes from my favourite films and then cut my footage in the same way – trying to work out why certain shots/cuts made you feel differently about the characters and story. I just loved working out how to do stuff and best of all – I was working with a load of professionals who were kind enough to teach me stuff I didn’t know.

Learning all these skills gave me the confidence to make more stuff and be more bold with my ideas – I was beginning to understand how to take what was in my head and put in on screen. At this time I met my friend and soon to be co-director Alex Garcia Lopez. He was a friend of a friend and needed help with the editing of a short film. We realised we were heavily into the same stuff (this was during my Shane Meadows, David Fincher, Coen Brothers phase) so the crew became two. We pushed and motivated each other way more than I could/would have alone. Music videos naturally became short films and one in particular – Diego’s Story (a home invasion story) led to a place on Channel 4’s Coming Up (where we met fellow director Sam Donovan). We got to direct a very moving script by the writer Tom Bidwell called Would Like To Meet. It was this short film that got us in front of the producers of Secret Diary of a Call Girl.

Obstacles I’d say were all self inflicted. To this day I still don’t know what film I want to make. But when I was starting out I thought that was something I HAD to know. That I had to have my amazing first script ready to go. That I had to be at Cannes, etc. I often fantasised about the premiere of my first film but I could never see what the film actually was. After a long time I managed to stop trying to force it. To just let it happen naturally and in the meantime work on the craft – so when film finally comes along I’ll know how to make it exactly the way I want it.

Directing TV is a different type of directing. The best way I can explain it is that in TV you’re a painter. The show is a house and the producers are the owners. They hire you because they heard you’re great at painting walls. They want green walls. You might think blue walls would look better so you gauge how much they might be persuaded. You make a really good case for blue but in the end they really want green, so you either amicably part ways on or you become a fan of green. But don’t forget there are a multitude of shades of green. There are different paint effects you can use. There are hundreds of ways you can apply that green. Hell. you may even realise that green is the perfect colour. Wait what was the question?

The first would be hard to pinpoint. At the start there were loads of small ones none of which I can remember now. Biggest professionally was getting on Channel 4’s Coming Up because that lead directly to Secret Diary of a Call Girl.

Then when I moved out to LA, one of the actors who used to be in Secret Diary put me in touch with the executive producers of the show he was in at the time and I managed to convince them to let me direct an episode. That kicked off my career in America. Like someone else said – its a constant series of breaks. You don’t really have control of when they happen – but you have control of being ready for when they do. Work hard, learn as much as you can all the time and don’t loose sight of why you’re doing this. Money. Just kidding. Love.