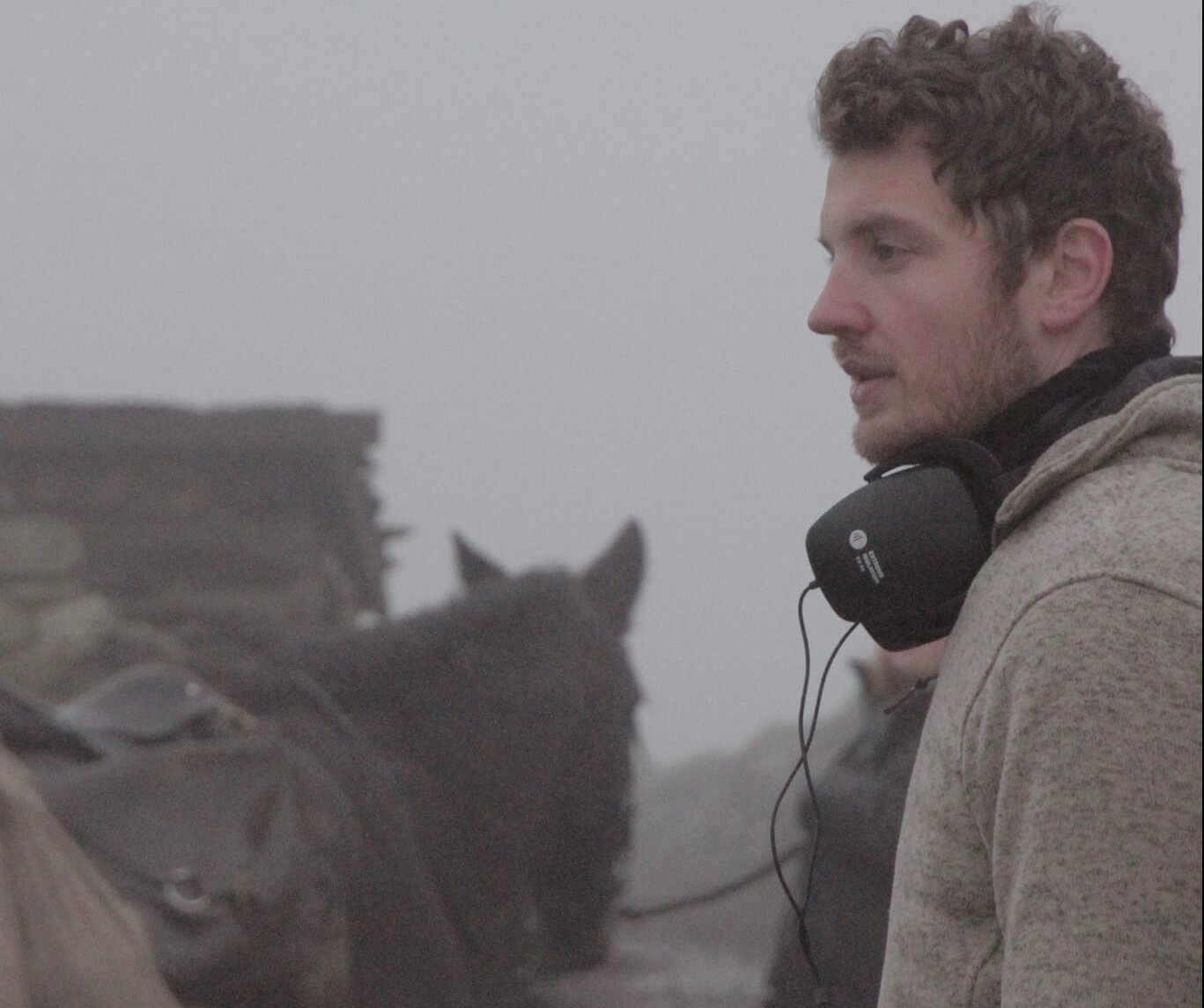 I grew up in a remote part of Norfolk, my dad was a farm manager and my mum worked as a cleaner. So filmmaking wasn’t something that was on my radar. But I always enjoyed art and photography, even from a young age. Although to be honest my focus was always in sport. I loved athletics and rugby. At around 14 I suffered an injury that meant I couldn’t get involved any more. I was fairly down, and had a sports shape void to fill. Whilst recovering I watched a lot of films and when I finished our limited film collection of DVD’s I started watching the DVD extras, the behind the scenes of the Lord of the Rings trilogy being particularly inspiring and influential to me. And so I made my first film, as something fun to do really. A bit of an escape from my injuries and school work.

I was about 15 by the time I was able to get up and about again, one of the first things I did was borrow my Grandpa’s mini DV camera, I made a short film. It was just about a litter of piglets on the farm where my dad worked, following the piglets from birth to when they were taken from the farm. It was a very rough around the edges project but I enjoyed making it, so I started to make more.

It was only at the age of around 18 after doing a foundation degree in Art and Design that I really focused on filmmaking as my career. Being around people in the arts and being exposed to the industry even from an academic point of view made me realise I wanted to do this as a career, and that perhaps it was possible.

I signed up to a film course, although it wasn’t strictly film as it was called Digital Screen Arts. It was a very art focused course, which I liked. But really it was the other students that I met and the resources we could get our hands on, which was the best thing about it. We just kept making films in our spare time.

I also entered a lot of competitions and young/student filmmaker festivals, which helped me to meet people in the industry and get a bit of exposure. I’d say looking back this was probably one of the most important things, which I think people often ignore. It’s worth taking the time to fill in those festival and awards entry forms. I probably only got into about one in five, but that was a valuable lesson in one of the key parts of our industry. Which is rejection!

Some of the key festivals and events (excluding those that are now defunct) were the Cinemagic Film Festival in Belfast, The Water Sprite Film Festival in Cambridge, and the Berlinale Talent Campus. I would meet producers and financiers at those events that would directly lead to Gwen, my feature film debut.

I also continued to consume films and anything about making films, and still do to be honest. Books like Sidney Lumet’s Making Movies, podcasts like Scriptnotes and YouTube essayists like Nerdwriter became my continued film school. I love a good Q&A – and I’m always looking for new, old, interesting and forgotten films to watch. Although my watch list has a habit of growing faster than I can get through it.

I think the first thing to understand is that everyone receives their fair share of rejection. Although perhaps ‘fair share’ is the wrong phrase to use there, I found it tough but as a white dude, I was definitely in a position of privilege. Although I may have started out as an outsider to the industry I still resembled what a lot of the industry unconsciously assume a director looks like. But hopefully this is something that is changing, hopefully the playing field is becoming more even.

Even in my position of privilege I still discovered that every festival entry gets rejected, every script gets passed on, every contract terminated, email ignored, meeting rescheduled and short film buried online… you will not get meetings, you will not get the offer. That is 90% of the time. But you can’t let this get you down, or worse you can’t be so afraid of this that it keeps you from trying. I still find it hard when I have a run of bad news, you’re going to get more answers that you don’t like than you do. But for those one in ten where it comes together and you get a YES, it will be worth it. It’s important to know that even for those in positions of having achieved a lot in their careers, they have all been through similar experiences, no matter who they are.

My student film Who’s Afraid of the Water Sprite?, was a very successful student film by most standards, and it started my career, but even that film only got accepted into about 1 in 10 of the festivals we entered it for. Later in my career I was lucky to have MisFits as my first TV directing job, but I had already fluffed two meetings for Skins and Coming Up before I landed that opportunity.

My first feature film took eight years to make. You can imagine how many ‘no’s’ we heard along the way with that. But we made it, and it did well. So hopefully I get to make a second film. But I have no doubt that it will be just as hard, and we will get just as many rejections as with every other step of my career.

I don’t say this to be negative; I say it to encourage you. This industry is tough; you will get your ‘no’s’. But it’s worth pursuing and pushing harder, for every one of those glorious ‘yeses’.

I think my voice, as in what I want to say and how I convey that, came through short films and writing (mostly unproduced) feature scripts, and my craft honed through TV. I wouldn’t say the work I found in TV gave me a voice. But it helped to give me the tools in order to have a voice when given the opportunity to make my own film. I’m also hopeful of doing more TV in a capacity as a writer/director where I can have more of a voice in the future.

I know what interests me, and what I want to say, but this is a constant balance with paying the bills. You just have to remember that when you do start to get paid that each decision you make will either take you closer towards, or further away from, what you want to achieve as a creative. And often the money is in the exact opposite direction of your creative desires!

I’m not really a believer in first breaks. I think it’s more of a case of micro breaks that all come together incrementally. My ‘first break’ in commercials was a Pepsi Super Bowl commercial in 2012. But in order for that to happen I had made a short film that did well in a 48-hour short film festival, which happened to be noticed by the production company. I had made some online content, which looked OK, and then I pitched on loads of adverts that I didn’t get.

The commercials and the shorts then came together to help me get my first TV break, after fluffing a few interviews, and all of these things combined helped me to make my first film – alongside all the people I had met at various festivals, etc., along the way. But even saying it like that makes it sound more linear and combined than it really was. I’d say just keep going, all the small wins will keep building and hopefully lead towards those first breaks.