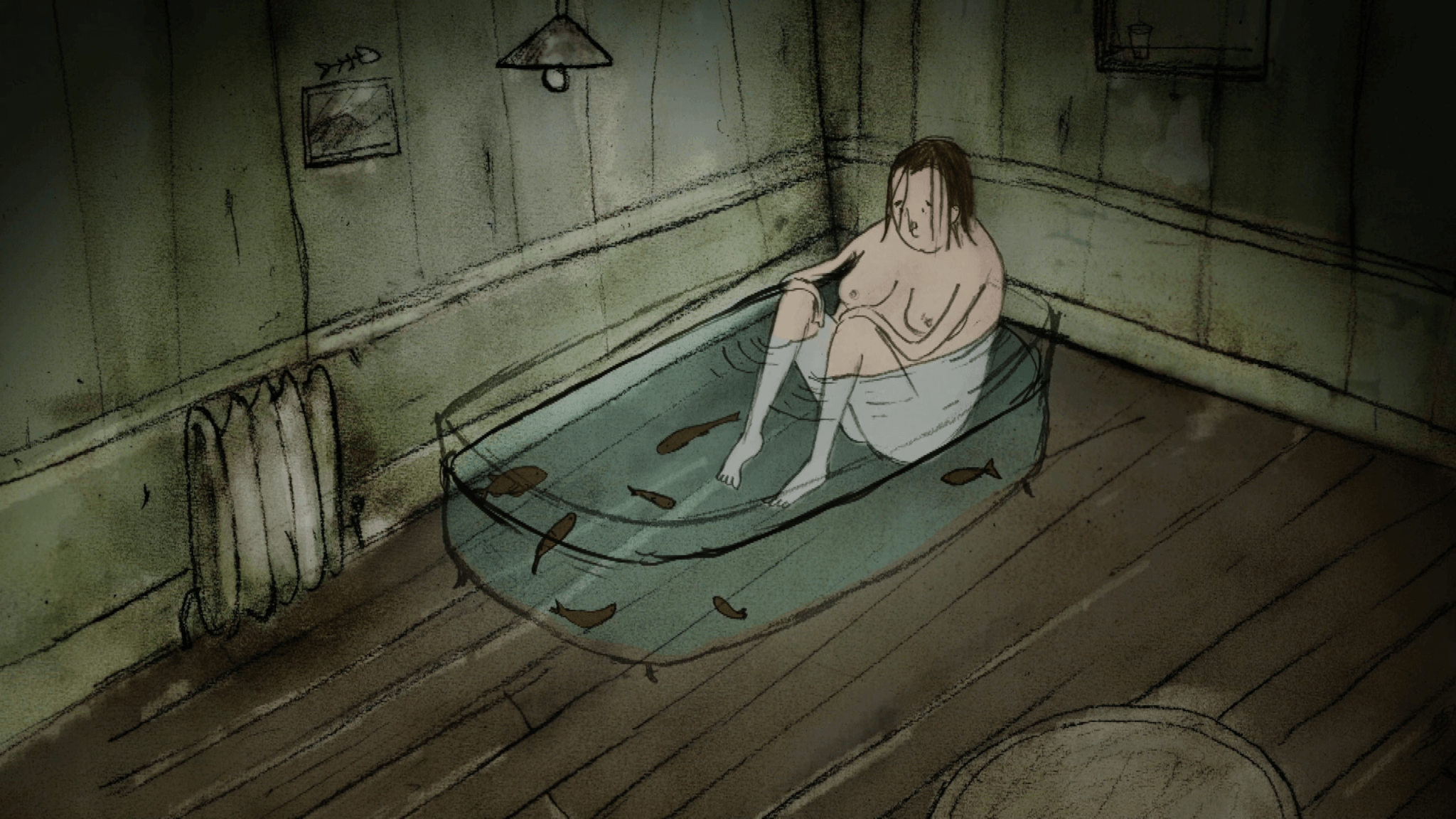 Yousif Al-Khalifa is an animator/director based in London. He’s made commissioned work for the BBC/Open University, London International Animation Festival, and other TV channels. His film Sleeping With The Fishes won BAFTA for Best British Short Animation, along with many other awards.

I would say there were many times in my life where I knew I wanted to make films, and times when I knew I wanted to become an animator. And, of course, there was a huge overlap where animations were simply the means of making films. The earliest of these is probably when I saw the 4mations season on Channel 4 as a child, animations that were types of stories I had never seen before. As someone who loved drawing and telling stories with my drawings, I knew that this was where I wanted to go with them.

Growing up I would get distracted by other ambitions, but filmmaking and animation always came back to me. Like making a kung fu film on a friend’s film camera (which later turned out to be empty), spoof Lilt adverts on the same friend’s camcorder, or putting cinematographer and animator as my two dream jobs for work-experience, albeit ending up in a printing shop.

The moment I can pinpoint deciding to become an animator was when I left my Architecture degree for a Media Foundation at London College of Communication (LCC). At this time being a filmmaker was not at the forefront of my mind, I just wanted to explore animation again as opposed to studying buildings. It wasn’t long, however, before my love for films began to express itself; my first animation being a not-so-serious story about a bunch of monkeys attacking a meditating samurai, which was inspired of course by Kubrick, Kurosawa, and The Warriors. Later in the course, I had the choice of focusing on animation or live-action, and I chose animation for the sole reason of not wanting to be limited by a student budget.

I then went on to do a degree in Animation at Westminster University. Here I made animations as experiments and exercises, telling stories that were no longer solely inspired by the world of film but also the world of animation itself, both mainstream and independent works such as those 4mations shorts.

It was at the National Film and Television School (NFTS) that I started to focus more on how I was moving an audience with my stories. And although I had been making films beforehand, it was here that for the first time I saw myself as a filmmaker/director.

I can’t think of any tangible setbacks or obstacles other than self-doubt or that imposter syndrome you get whenever you do well, especially amongst peers whom you admire. It is important to not be overwhelmed by anything and to just embrace the pressures as something that will spur you on further.

I think I found my voice at film school. I was no longer making animations just for fun. I was being a bit more honest with my stories, finding inspiration from myself rather than the films I had recently fallen in love with, and being encouraged to focus on how I could move an audience.

I still don’t see myself as having one distinct voice. Each drawing is a new style to me, but others seem to see a through-line. Knowing your own “style” could be a good thing, I suppose, so you know you’re not fighting against it, but you could also end up relying on it too much.

Getting into the NFTS was one of my most significant breaks. Having my graduating film screen at various film festivals and meeting other filmmakers has been invaluable simply for inspiration. It is essential to surround yourself with people who are ambitious and creative, and this will, in turn, inspire you.