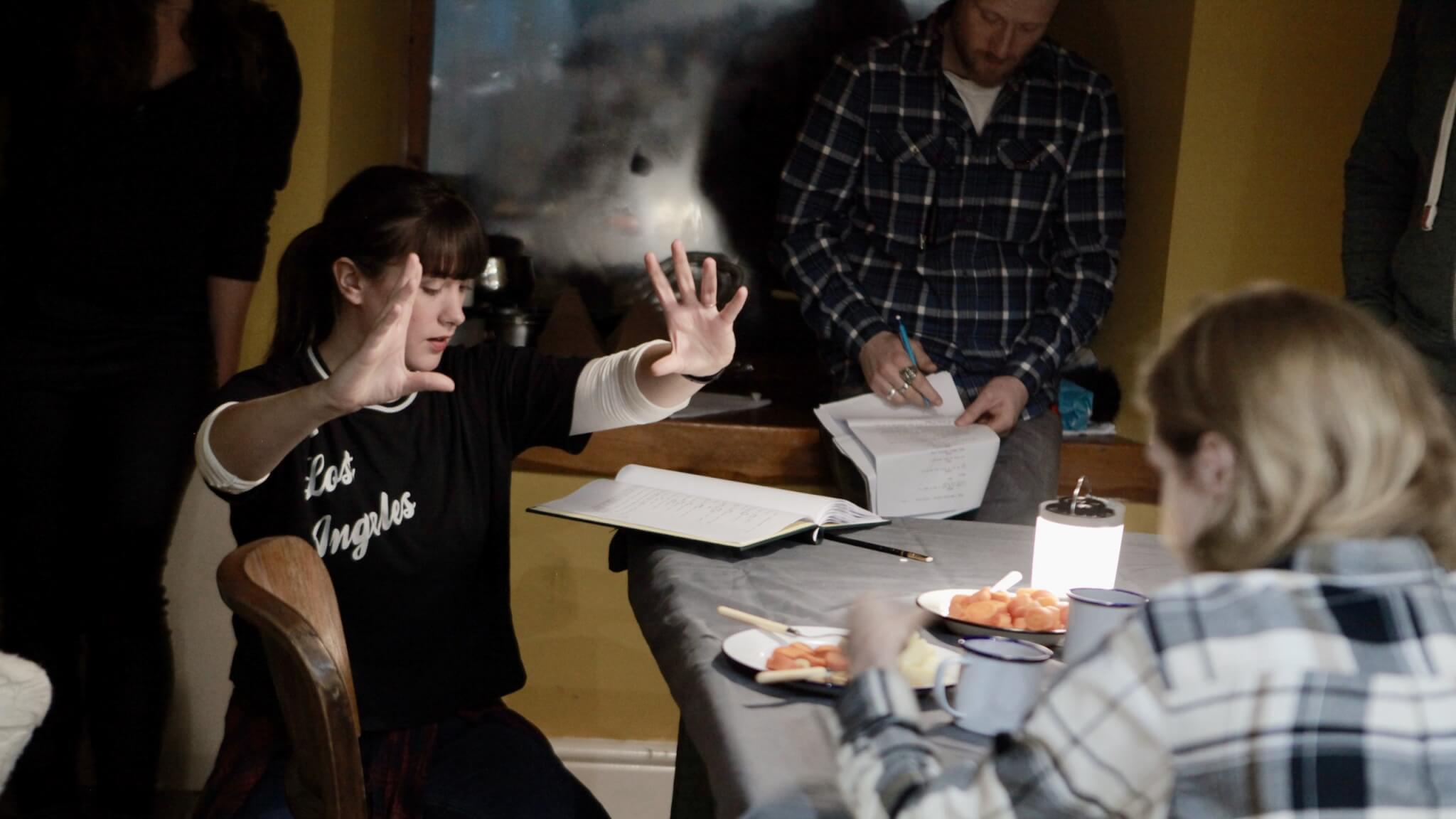 After a glorious career cutting shows like The League Of Gentlemen, I’m thrilled to have most recently completed my first television series as a director. The five-part fantasy drama series The Snow Spider (Leopard Pictures for CBBC & BBC WALES) is available on iPlayer now.

Directing is my complete passion and having made many, (many) short films – last year I directed my debut horror feature Rose. Written by and starring Matt Stokoe and co-starring Sophie Rundle.

I grew up in South London with an early passion for film, but by the time I was a teenager I was really into sitcoms and comedy. I knew I wanted to work in TV or film, but I didn’t know in what capacity and how to go about it. So I decided to study television production at university, which is where I initially fell in love with editing. I got very lucky, landing a job making motion graphics and editing for a small corporate company straight out of uni. I ignored what everyone told me at the time, which was that I had to be runner in a post house and work my way up. Instead I just leapt at every opportunity to edit I could find (paid or unpaid) and after a few years I had enough on my CV to approach an editing agent. I signed with a great company called Satusfaction Editors and told them that I really wanted to edit comedy. They took my wishes into account and targeted me towards jobs that were comedy related. This tended to be panel shows, mockumentaries, entertainment shows, stuff like that. It took about ten years for me to land my first scripted job, as scripted comedy is one of the most competitive areas of TV editing. Once I had my first though, it lead to a second and a third and so on. In the meantime, I had been pursuing my love of film by cutting short films for free or working as a DIT assistant on Pirates of the Caribbean 4 and knew that being on set and directing was eventually what I really wanted to do.

I made most of my money through TV editing and that allowed me to start directing my own short films. I made my first short in 2011 and it won the Virgin Media Shorts Prize in 2012. The prize gave me a bit of confidence and also £30k to make another short film with the BFI. After that, I found ways to direct a short film every year and keep developing my voice as a writer and director.

I started small, making a two and half minute short film just starring my dog, then a three minute film with actual human actors, but no dialogue. I worked my way up to making films with a proper cast and crew and with each one I learnt loads and fell more and more in love with directing. I wrote and directed shorts in a variety of genres, as I was trying to figure out where my main passion lay – sci-fi, comedy, drama, maybe horror? As my shorts began to pick up awards on the festival circuit, I managed to land a commercials agent. Soon, I was doing less editing work and more directing. Then one of my shorts attracted the attention of a TV and Film agent (The Artists Partnership) and through them I developed my horror feature film Rose. My agent also introduced me to a number of TV production companies and that was how I got my first series, a fantasy children’s drama called The Snow Spider.

I think my editing career was a huge blessing and also a bit of a curse. I definitely learned a lot about directing through editing. Discovering how to cover a scene and getting to quiz directors on their way of working was a great way to learn. But there was a bit of a difficult transition period where the industry continued to see me as an editor and not a director. I would get into meetings about directing something and then they would offer me the edit instead, it was quite frustrating. Also, you’re constantly facing rejection as a shorts filmmaker, rejection for funding, festival rejections; you have to develop a thick skin and keep going. I didn’t know what else to do but just keep directing whatever I could – shorts, commercials, music videos stuff like that. Eventually I made a decision to just stop taking edit work and focus entirely on directing. It was pretty tough going for a while and I had to turn down editing a huge show for Netflix, but it was totally the right decision and the following year I shot my debut feature and TV series.

For a long time I worried that I wasn’t being consistent enough in the type of film I would write and direct. I tried out so many genres and kept shifting with each short film. It made it tricky for the industry to place me in a box of ‘this is the type of thing she would do’. What was great though, is that I followed what I was passionate about at the time and wasn’t restricting myself in order to have a game plan. I think that is why my first feature film was a horror and my first TV series was a fantasy drama, I love variety! As an editor I was strictly comedy, but as a director I’ve realised that I’m more motivated by a big idea being at the centre of every story I tell. I love to mix genres and have light and shade in everything I do. I feel so much more confident now in who I am as a director and because it’s not just one thing, I don’t feel like I could ever get bored or complacent.

It’s difficult to know what my first break was, there were so many small moments and opportunities that led to great things in my career. Saying ‘yes’ a lot and being relentless and excited to work with other people has led me to where I am now. I do owe a great deal to my agent Robert Taylor, he has created so many incredible opportunities that have pushed my career to that next level. I feel like he has my best interests at heart and we share a passion for new and exciting things. I feel like the luckiest person in the world to get to work in this industry. I will never take it for granted.