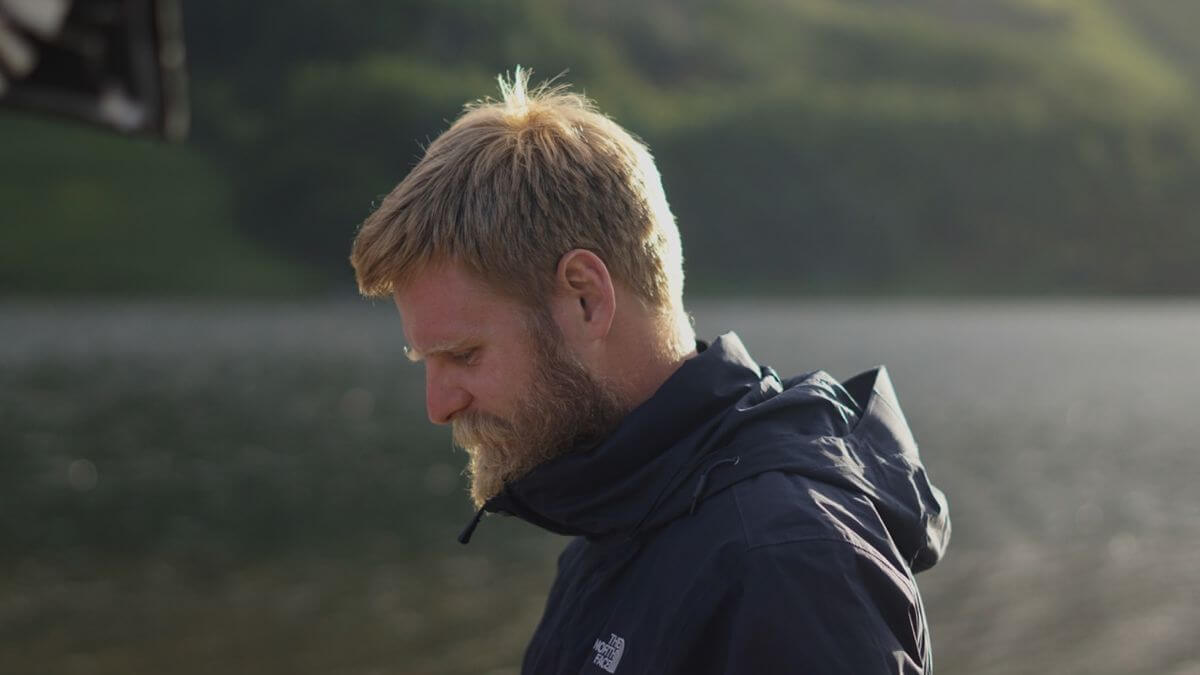 As a filmmaker Luke was named one of Screen International’s ‘Stars of Tomorrow’ and one of Broadcast Magazine’s ‘Hot Shots’. His feature, Let it Snow, which premiered on Netflix in 2019 garnered widespread audience and critical acclaim.

An experienced TV drama director as well, Luke’s credits include Wanderlust for BBC One and Netflix, The A Word for BBC Two, Banana for E4, and Temple for Sky Atlantic.

I grew up in Essex, the eldest of four kids. My dad was a carpenter and my mum had a part-time job at Woolworths. There was a video shop near our house called Manhattan Video – I remember reading the first ever Empire top 100 films of all time issue and going there to try to rent them all on VHS. That was my film school but it was a long time before I really understood what a director actually did and that it was even possible to become one, let alone go to Hollywood.

My form tutor at the time encouraged me to apply for the Royal Court young writers programme and so I wrote a play as part of that and really enjoyed it. I knew I wanted to make films but I didn’t really know what to do next so I applied to a variety of different universities for different film courses and a couple of acting ones (thankfully that didn’t pan out).

Fortunately, I got accepted to my first choice which was the screenwriting degree at Bournemouth University. After I handed over one of my scripts to the film production course I realised that I wanted to direct it myself, so I got a cheap camcorder and just started making short films. Obviously, they were horrendously bad at the beginning, but becoming accustomed to the process and the idea of the visual form of storytelling is what really made me want to become a director.

I would constantly apply to festivals and competitions and keep in touch with agents and production companies.

Once I made my second proper short film (Mixtape) I entered it into a short film competition, some festivals and to BAFTA for the short film category. The film did really well, winning the competition and getting a BAFTA nomination, as well as playing some big festivals around the world.

The first thing that happened is that a producer saw the film online and signed me to a commercials company where I began directing adverts. This was a great way to make some money while trying to get my foot in the door on the TV side of things.

Meanwhile, an agent from Curtis Brown reached out after seeing the film and I signed to them, as well as a manager in the US, who I am still represented by some ten years later.

So that short film was a big thing for me and I think it got me noticed because for whatever reason it stood out amongst everything else that was out there.

My proper breakthrough though was a Channel 4 scheme called Coming Up through which I was able to direct an original 30-minute drama as an emerging director.

This gave me the credit and the experience I needed to start working in television.

For me the biggest obstacle was and still is rejection. It’s everywhere. Especially at the very beginning.

I think you need to be incredibly determined, resilient and thick skinned to succeed as a director. Personally it was the thing that spurred me on the most.

I remember getting rejected by countless agents, festivals and production companies at the beginning. Little by little though you click with the people you meet and they take a chance on you.

I think when those windows of opportunity open up at the beginning you have to seize them.

The voice thing I think is important, knowing who you are as a filmmaker and what you want to say. It’s not something that’s easy to discover, but for me it came as a reaction.

Mixtape was almost a confirmation of that sense and it wasn’t long before I began to cultivate that and understand that it was my natural voice.

I’d experimented before with genre and telling different kinds of stories but nothing felt as comfortable as when I was making something that felt personal to me.

The craft for me was a process of just continually making things and learning from great cast and crew – just being open to soaking up the technical knowledge and methods at your disposal.

Over time the knowledge accrues and begins to inform your creative storytelling process. Personally I think the craft is at it’s most effective when it’s in harmony with the voice and personality of the filmmaker.

In terms of making short films – all my shorts except two were self-funded. I would save money or enter filmmaking competitions and use the money to make shorts. One of them was funded by a private investor and the other was funded by Virgin Media after Mixtape won a short film competition of theirs.

I never learned or studied how to direct and I don’t think that’s a right or wrong thing to do. For me it was the right thing to do, but I can honestly say that the best education I’ve had is simply making things and making mistakes. For me that was always the best way to learn.

I was lucky in terms of experience that a friend of mine at university lived next door to a producer at Kudos so I got a runner gig on Hustle for a couple of weeks. I also applied on Craigslist to work in the art department on a feature in New York so I went and spent my savings and did that until the money ran out. I would take whatever experience I could get at the beginning to be honest, all in the interests of learning and trying to find a way in. Just being open to those kinds of experiences made a big difference I think.

After I got my agent at Curtis Brown they started setting me up with general meetings. I met a producer on Skins and he said maybe come back when I have a credit. But then the producer went onto the Coming Up scheme for Channel 4 – he remembered me and got me to apply, I was accepted on that and that was what really launched me in terms of getting more TV and film work. A lot of the time a producer needs to know you can shoot the schedule and not fall apart on day one. So Coming Up proved that.

To get that job we had to do an intense series of meetings, interviews and in the end a one-day workshop thing in Bermondsey where we had to make a short film and do a bunch of other stuff. It was challenging for sure.

I think the on-the-ground style of filmmaking I’d been practising at university helped me to make the short film during the workshop day – I’d learnt a bunch of stuff by that point in terms of the technicality of shooting. But honestly I think trusting my instincts and doing exactly what I wanted to do, having a vision and trusting that and then executing it was the thing that really mattered and still matters most to me today.